After heavy early-summer rains, Shoshone Falls was running with tremendous force through this famous gorge known as the Niagara of the West.

Shoshone Falls: Niagara of the West

Oh I know I'm not stumbling upon anything new here by writing about Shoshone Falls. But when you're just minutes away from the greatest natural features in the mountain states, you stop and admire! I was just two days into my foray into Idaho with a destination of Craters of the Moon. My route took me through Twin Falls, Idaho named for its famous cascades that people have admired for centuries. Shoshone Falls, in particular, is 212 ft and one of the largest waterfalls in the country. In the otherwise pancake flat and arid landscape of the Snake River Plain, this massive waterfall and corresponding gorge creates tremendous contrast. I heard the waterfall miles before I could see it. Though the earlier rains prevented me from hiking any tall summits that day, they sure added to the spectacle of seeing Shoshone Falls. I've been to the Niagara once before and felt the place was too congested and built up for my tastes. The early preservationists felt similarly and the falls have been relatively well protected from massive over-development since they were publicized. Hence, I welcomed the far more natural look of these falls to the Niagara. 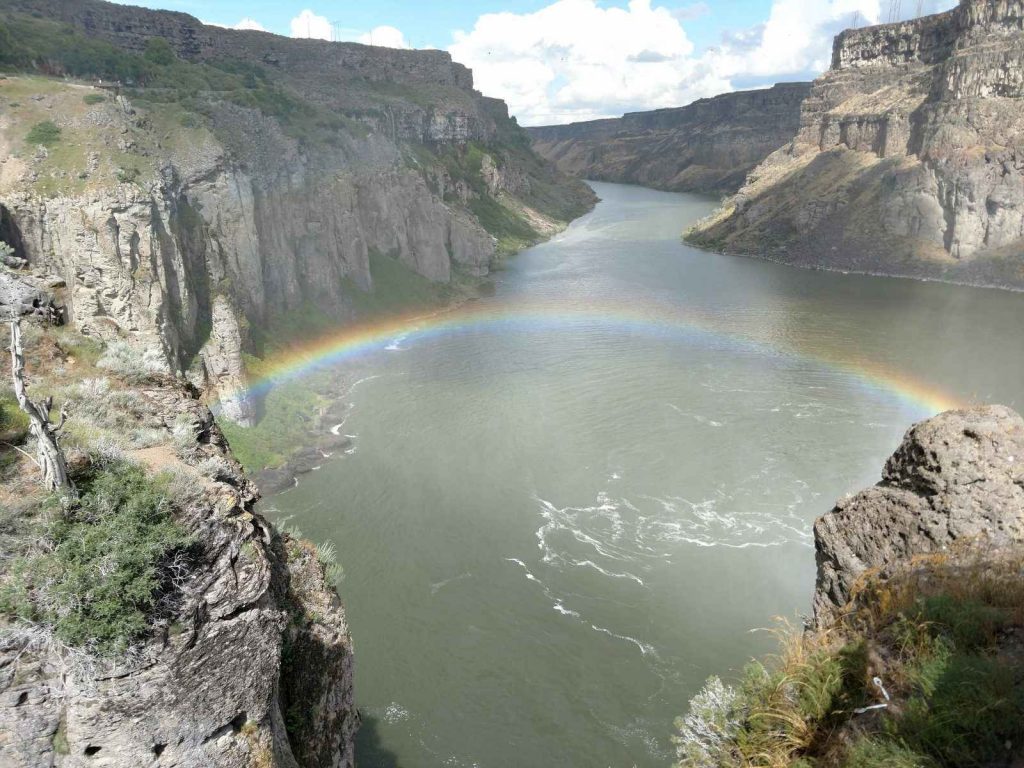 I discovered that this part operates more like a urban park rather than a national or state park. There are a few paved walking trails and several established overlooks. But this is not a place with miles and miles of hiking trails. In spite of this, it's easy to spend a few hours poking around the park and capturing different views of the waterfall. Generally, the best time to see the park and falls is in the spring and early summer. Snowmelt from the high interior Rockies and the mountains that surround the Snake River plane dumps a tremendous amount of water in the river. When I visited after a recent thunderstorm and a particularly wet spring, the falls were running so much force it was almost deafening. of course, the falls are beautiful any time of year though it is less of a spectacle in the late summer and early fall. Though it was raining the day I visited, I was able to also capture a beautiful rainbow parking over the Snake River below. 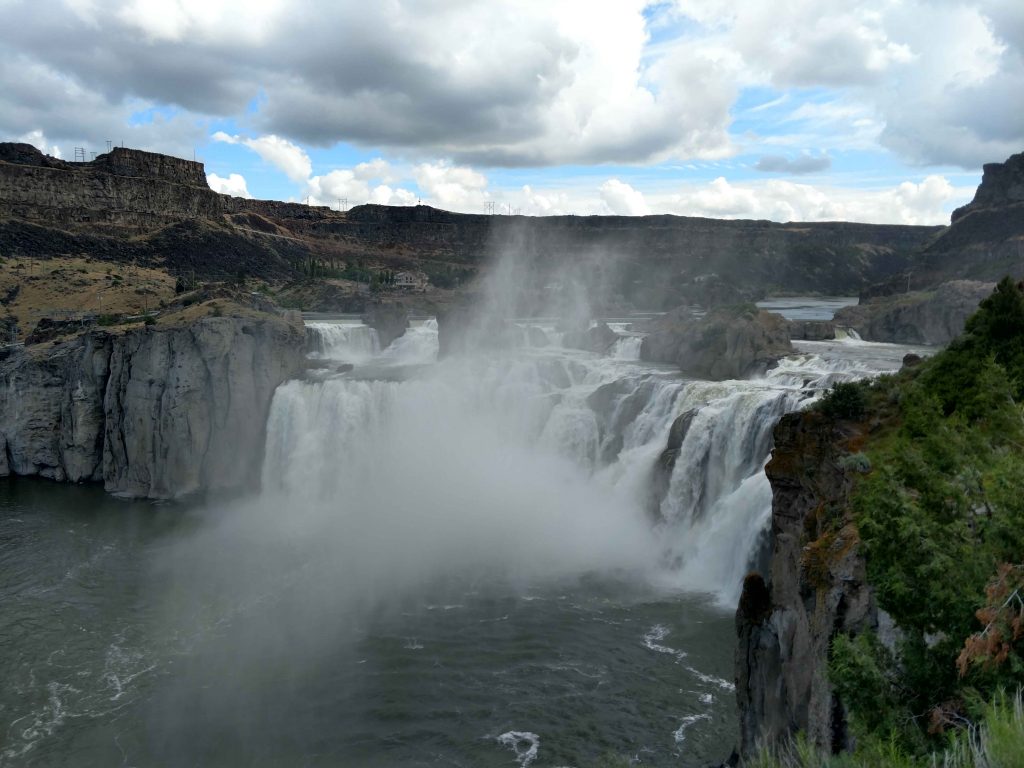 The Park has bathrooms, a souvenir shop and some snacks available. although walks and views are the main activities of the park, you can kayak up to the falls from downriver. This involves about 7-1/2 miles of kayaking and a 300 foot portage. Effort is well rewarded with fantastic views of Perrine Bridge, the Snake River Gorge and the famous falls. I missed out on that adventure but that gives me all the more reason to come back some day. I spent the whole morning just gazing at this natural wonder. Eventually I had to continue onward. So, after a brief supply run in Twin Falls, I was off to the Craters of the Moon National Preserve.
City ParksIdahoIdaho AdventuresShort Hikes