Craters of the Moon National Monument and Preserve captures the title of most unique destination in Idaho. In the otherwise pancake flat agricultural region of the Snake River Plain, massive volcanic features create a magnificent contrast. “Looks like Hawaii!” is what I heard from almost every kid I encountered while visiting Craters of the Moon...

Craters of the Moon National Monument and Preserve captures the title of most unique destination in Idaho. In the otherwise pancake flat agricultural region of the Snake River Plain, massive volcanic features create a magnificent contrast.

"Looks like Hawaii!" is what I heard from almost every kid I encountered while visiting Craters of the Moon National Preserve. Smack dab in the middle of the Snake River Plain lies this extremely vast region of volcanoes and lava beds. This was one of my favorite highlights of my 3,700 mile road trip across Idaho. Of course, I wanted to see everything the park offers.

Overview of Craters of the Moon National Monument and Preserve

Craters of the Moon is the largest National Park Unit entirely within the state of Idaho (Yellowstone is bigger but spans two other states). Continuously preserved since 1924, the landscape appears much as it did for thousands of years since the last major eruption. Though vastly different from the landscape and biome of Yellowstone, the same volcanic hotspot that's responsible for all of its geysers also created Craters of the Moon. 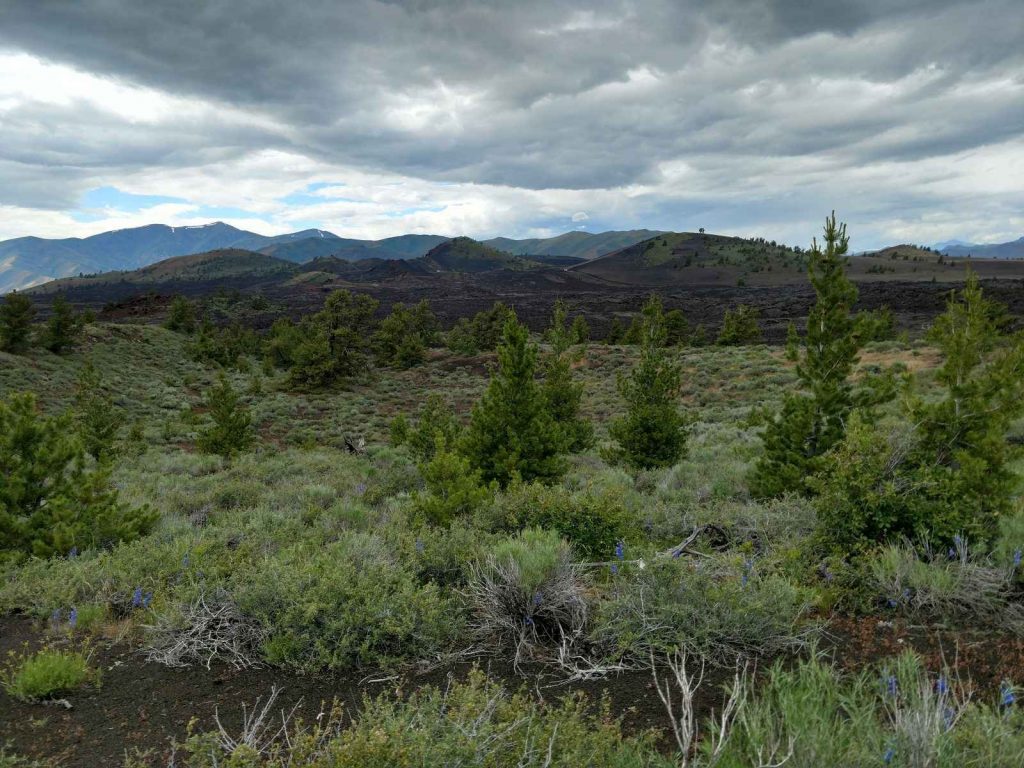 The fiery natural history of the area is evidenced thousands of years later with countless buttes, cider cones and lava beds as far as the eye can see. I instantly appreciated why somebody named it "Craters of the Moon".

A Small Part of a Big Park

Something that is difficult to visualize on a first visit is just how vast the park is. Almost all visitors see the park through Loop Road; a 7 mile paved and partially one way road that takes the traveler through the most scenic sections. Hikes range from hundred yard walks to full and multiday trips. I chose to hike as much as I could from the Loop Road which was a nice sample of what the park offers. However, the Loop Road only permeates a fraction of the park whereas the Wilderness Trail delves deep into the rarely traveled backcountry. I didn't hike much of the Wilderness Trail this visit but I imagine that's one of the premier backpacking trips in all of Idaho Given that almost all of Craters of the Moon visitors are concentrated near Loop Road, I expected some crowds. But my number one rule of thumb in hiking held true here as it has in every other major park I visited; hike more than a mile from a road and you'll rarely see another visitor. Funny how that works. 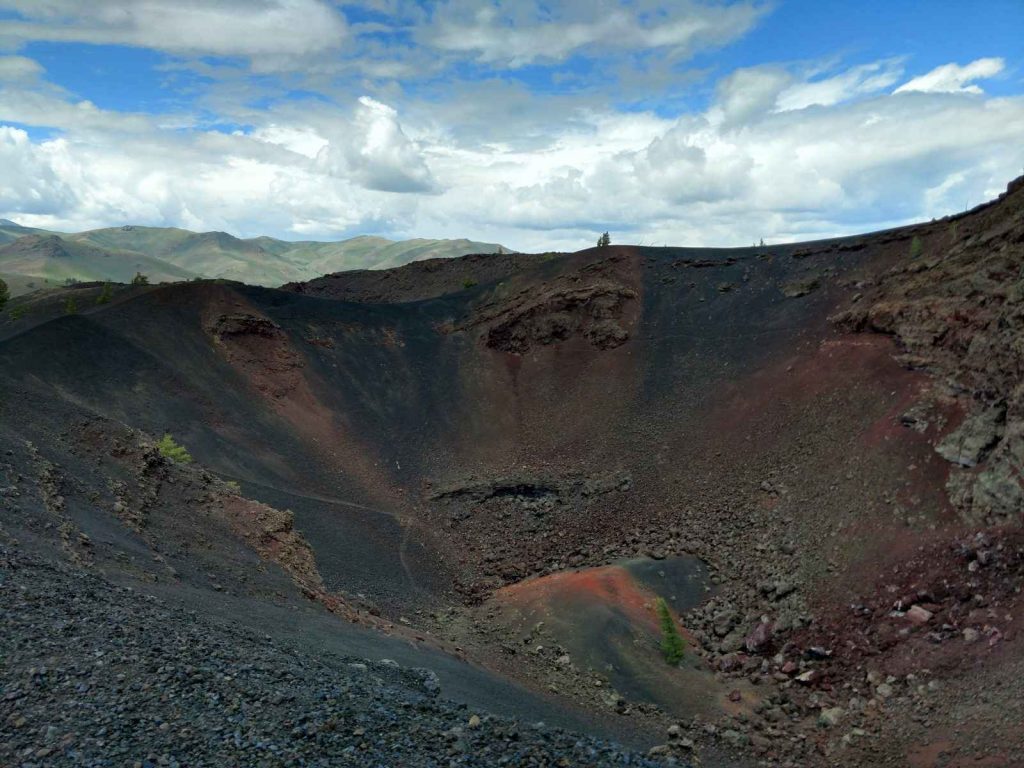 A few of my favorite hikes in Craters of the Moon

Some hikes are crowded and others had no visitors but here's what I liked: 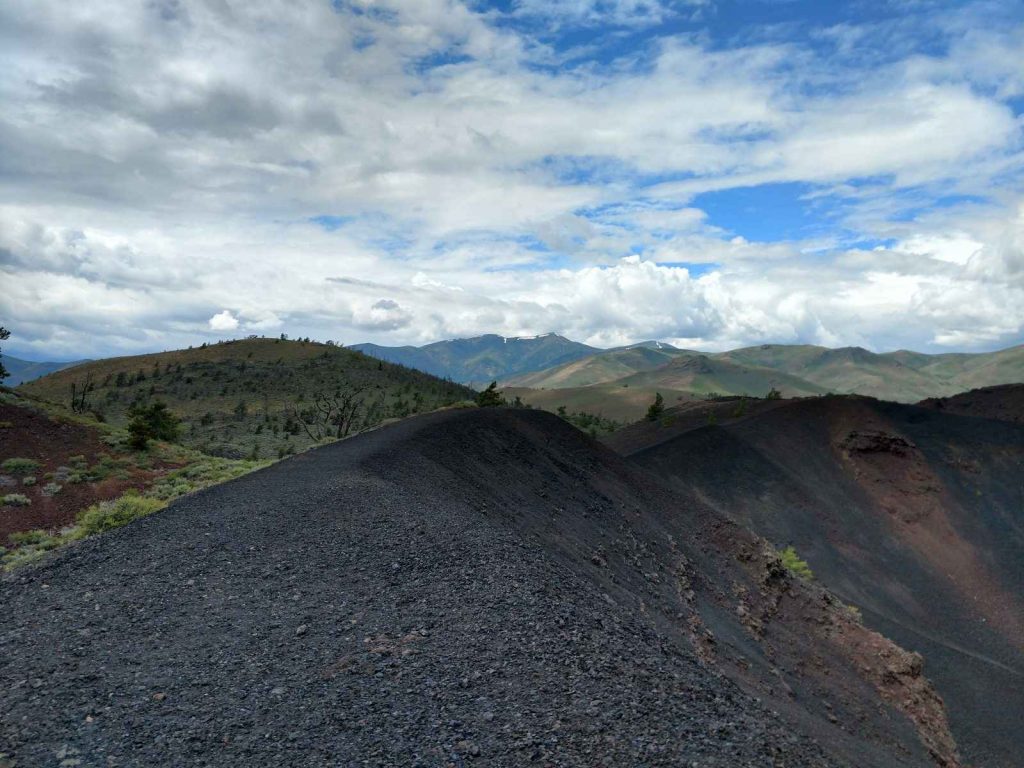 A park worth returning to!

I didn't get to cave in the several lava caverns nor explore more of the park's backcountry. But even if I did the same exact trip again, it would be worth it. Craters of the Moon is Idaho's answer to Hawaii's volcanoes and I'm glad I got a chance to see this remarkable place on my sojourn through the state.
Central IdahoIdahoIdaho AdventuresNational Parks