My first return to Idaho in 7 years began with a trip through the imaginative and unique City of Rocks Preserve. Though known for rock climbing, a few informal hiking trails lead to some fantastic vistas. Idaho was on my short list of states that I’ve visited but barely explored. Part of the impetus for...

My first return to Idaho in 7 years began with a trip through the imaginative and unique City of Rocks Preserve. Though known for rock climbing, a few informal hiking trails lead to some fantastic vistas.

Idaho was on my short list of states that I've visited but barely explored. Part of the impetus for this trip was a chance to spend a lot more time here than I did on my grand 6,600 mile road trip 7 years ago. City of Rocks was a fantastic place to start!

Getting to City of Rocks; an adventure in itself

I came to City of Rocks from the South after my climb of North Schell Peak near Ely, Nevada. What a drive! I took US-93 north across Nevada and then used a combination of paved and unpaved back roads that eventually lead to Almo, Idaho. This is a charming small town just outside of the preserve and close to another destination: Castle Rocks State Park. I stocked up on supplies here and then headed off into the park! 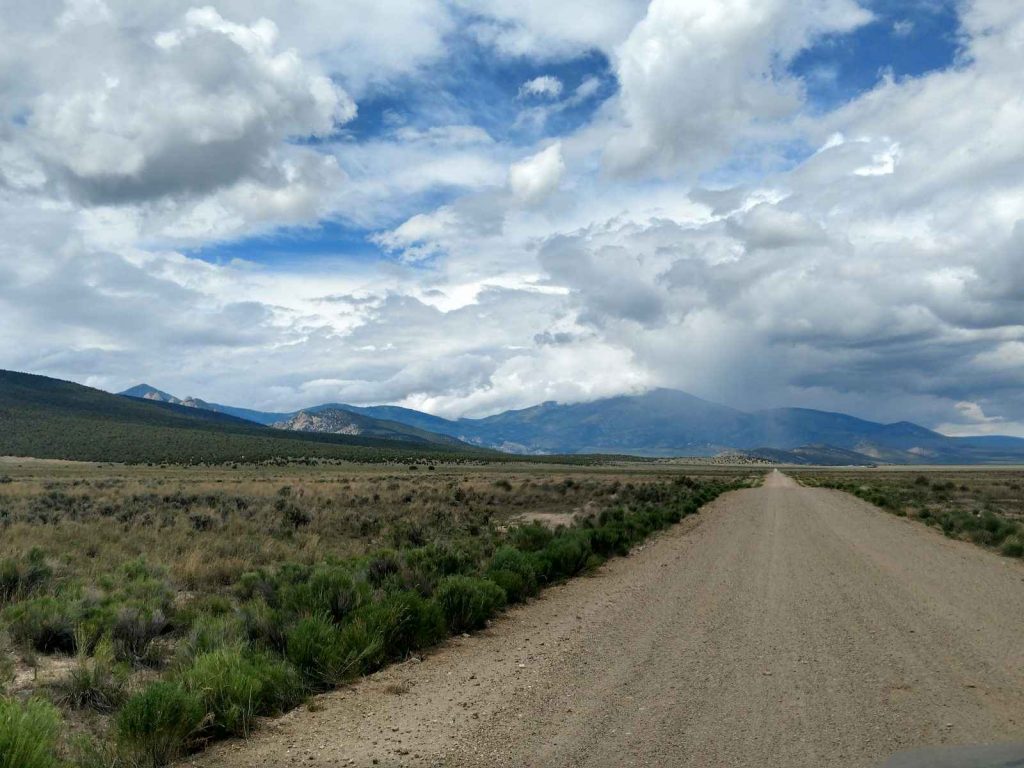 Hiking Trails in City of Rocks

One thing to know about City of Rocks is that the biggest draw is rock climbing. I love to climb but I had neither the gear nor the partners while I was here. So I settled on some casual exploring of this famous place. City of Rocks has only been developed in the past 30-40 years as a climbing destination but its fame came during the days of the California Trail. Times were harsh and resources were few during the mid-1800s but even so, people admired these curious formations as they traveled through. Hence, the City of Rocks became as much of a marker as Chimney Rock or Scotts Bluff on the route west. For me, this was the signal that I'd entered the wild Idaho Country. 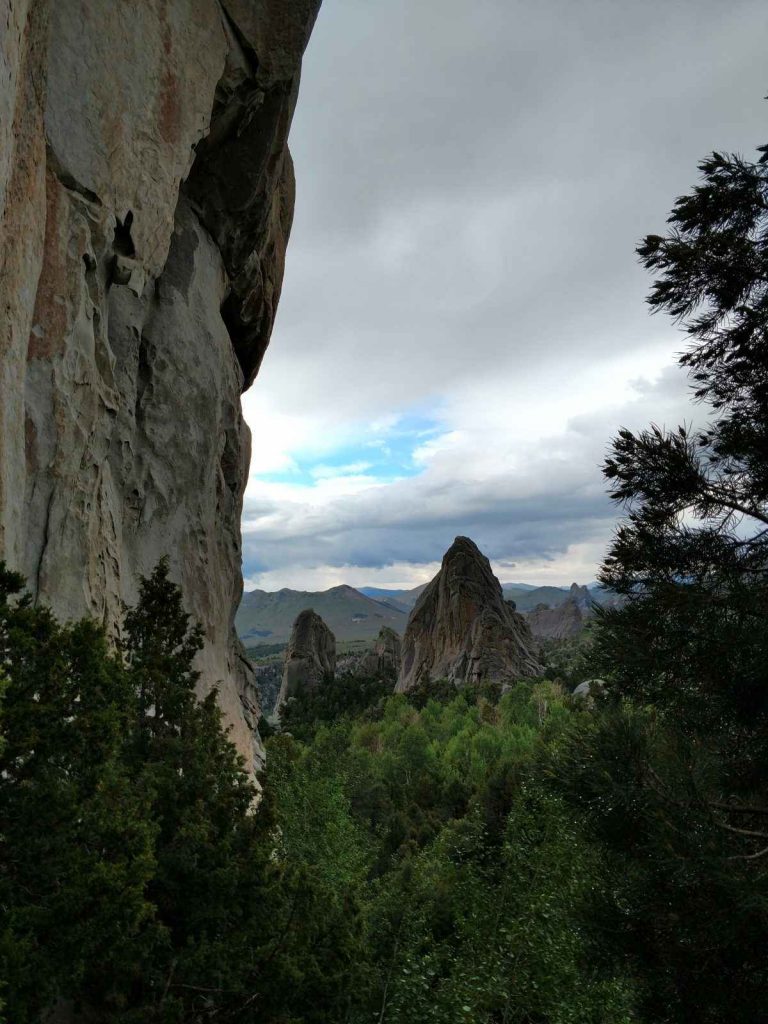 From parking lot rock, several small herd paths lead around the major formations. I paid close attention to the map as many of the trails are unmarked and several side trails lead off the main one. I settled on the two mile loop which I marked on my map above. Walking along the narrow canyons between the major formations made me feel small! They rose like skyscrapers over city streets. Though it was raining, a few brave climbers were making their way up a few routes. Man I wished I came with gear! The quality of the routes and granite looked enticing 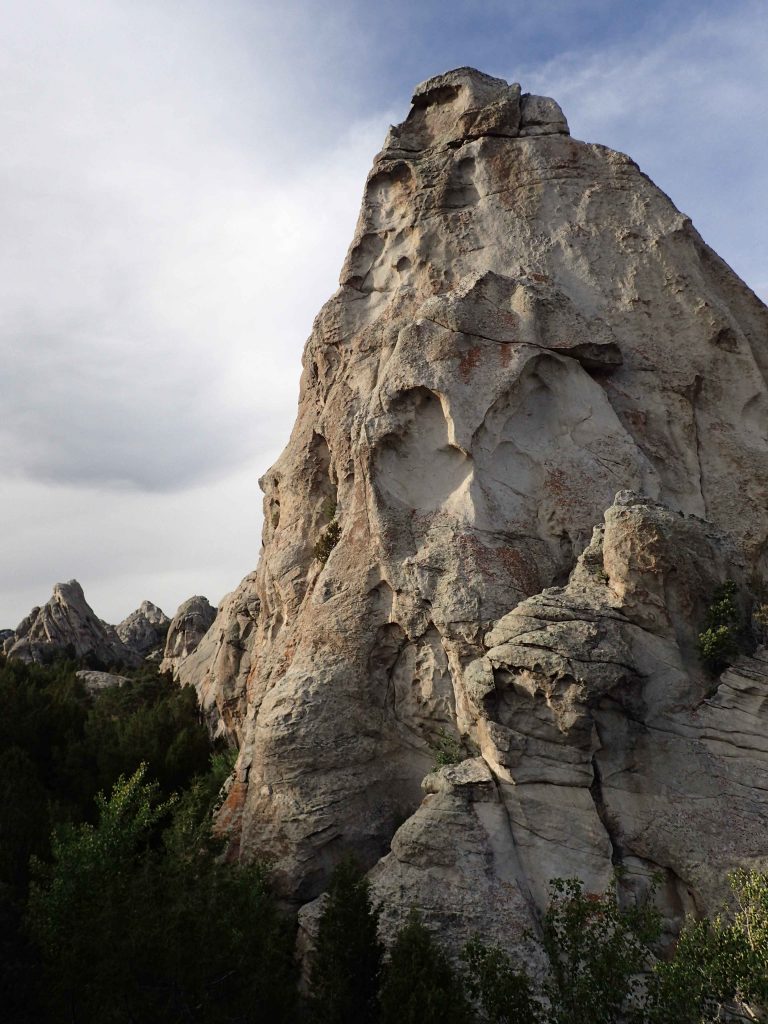 I mostly followed the small creek as it winds down the slope. I took over 400 pictures in just 2 hours of hiking too; the combination of strange rocks, clouds and sunset make for a mythical scene.

Other Sights worth Seeing

Window and Bath Rocks were easily hiked from the main parking area. Bath Rock has several excellent climbing routes which I drooled over. But on the backside facing away from the road, its easy to scramble up most of the way and get some views. 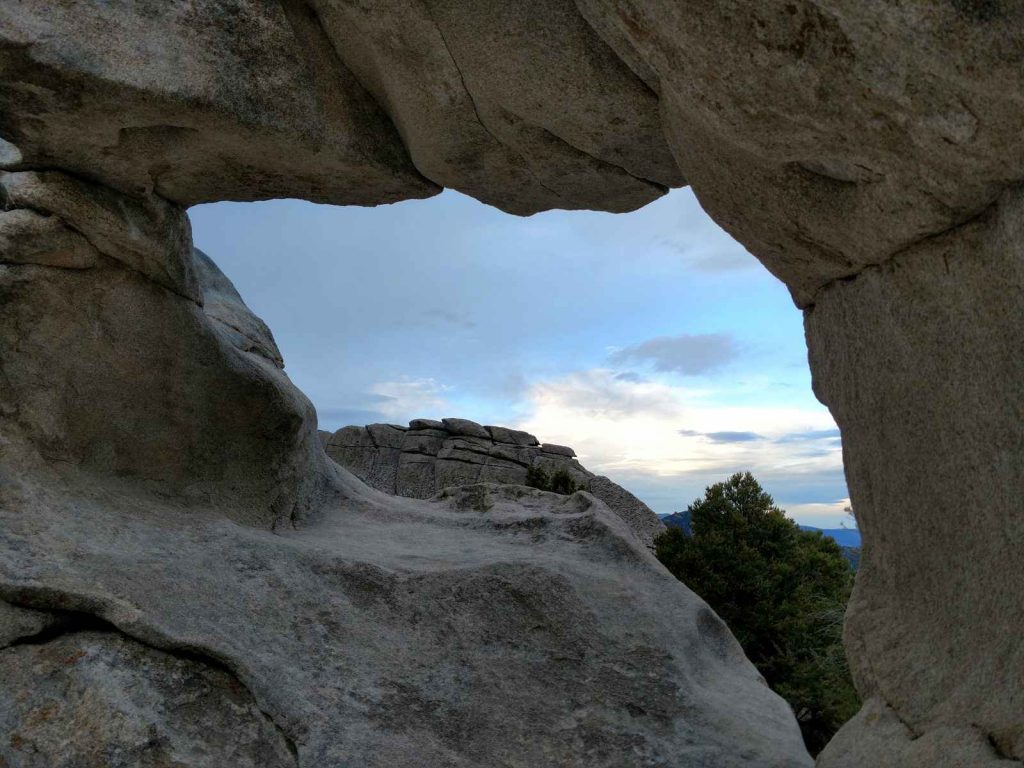 Lastly, Register Rock just off the main road and not far from the eastern entrance is worth a visit. Dozens of signatures made with axle greese can be found on this monolith. They date back to the mid-1800s proving that graffiti has been commonplace forever. The campground was surprisingly full for a Monday evening and I think I grabbed the last available site! Though busy, my evening was quiet and restful which was needed as I drove further North into the heart of Idaho.
HikingIdahoIdaho AdventuresNational Parks