Celebrating 1 year of blogging and 100 posts of the wildest adventures in America! ﻿ Sunrise on Mt Rainier, Washington Today, September 21st 2011, is a very special day in the outdoor blogosphere… it is this blog’s first birthday! I’ve officially been blogging for one year! This also happens to be the 100th post! With...

Celebrating 1 year of blogging and 100 posts of the wildest adventures in America!

﻿
Today, September 21st 2011, is a very special day in the outdoor blogosphere... it is this blog's first birthday! I've officially been blogging for one year! This also happens to be the 100th post! With that in mind, I had to do something epic. Seeing as my first couple of posts were about the top 10 adventures in California, I've decided to kick it up a notch with the Top Adventures in America! As some of you might already know, Backpacker magazine came out with this list a couple years ago and it included some epic trips. Well I'd like to augment that list with the greatest adventures I've ever been on in this country. Of course, this is one of those "the way I see it" lists and Lord knows I have a lot more ground to cover before I ever make a definitive list. So, for what its worth, here are the Top American Adventures (Joe's list)!
#1 Climb the 50 State Highpoints
Climbing or hiking all the 50 state highpoints is perhaps the greatest and most American adventure one could have. Although that sounds a little overly patriotic, it really is an incredible challenge, a feat of traveling and the best way to experience the varying cultures of this country. Highpoints of the Western states tend to be difficult, technical or remote. Well known favorites such as Mt Rainier and Mt Whitney are climbed by many while Wyoming's Gannet Peak and Montana's Granite Point are so remote and technical that they are seldom climbed by anyone other than highpointers. 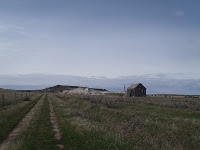 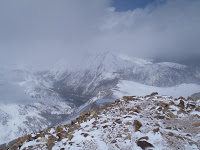 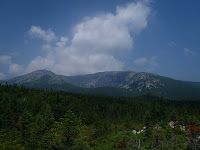 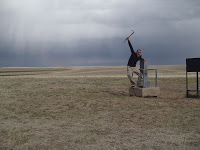 (Top Left: North Dakota, Top Right: Colorado, Bottom Left: Maine, Bottom Right: Nebraska)
Although not nearly as lofty, summits in the Midwest can be a traveling adventure as these highpoints are harder to reach and seldom traveled. I highly enjoyed North Dakota's 3,500ft highpoint which offered a beautiful vista on the northern plains. Out east the mountains become higher and somewhat more difficult. The Appalachian mountains from Alabama to Maine are cultural icons and often the centerpiece of a community. The best part of highpointing (as its called) is it will keep you traveling and exploring for a very long time!
Full List of America's 50 State Highpoints
State Highpoints I've Written About
#2 Climb America's 57 Finest Ultra-Prominent Peaks
Here's another epic peak-bagging list that deserves mention. America's 57 Finest Summits are the most prominent mountains in America. What's prominence? Essentially, its the measure of how "important" a mountain is. More technically, its a measure of how high a mountain rises with respect to its surrounding terrain. For example- Mt Washington in New Hampshire is an Ultra-Prominent Mountain because its the tallest thing around- even though its not even close to being one of America's tallest mountains. Mt Whitney at 14,495ft, is also an Ultra-prominent mountain. However you wouldn't consider a sub-peak of Mt Whitney to be a "prominent mountain" despite the fact that it might be 14,000ft tall- its just an arm of a taller mountain. Does that make sense? Probably not. But here's a couple of well known and not so well known examples- 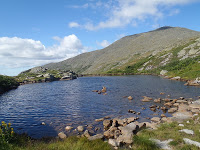 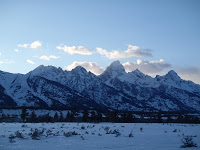 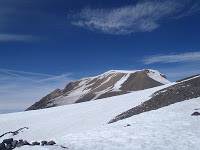 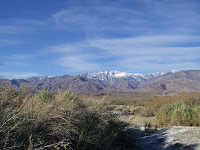 (Top Left: Mt Washington, NH, Top Right: Grand Teton, WY, Bottom Left: Mt Adams, WA, Bottom Right: Telescope Peak, CA)
The take home message is that these mountains are MUCH more isolated, usually have longer approaches and there's going to be a ton of elevation gain. Personally this is my ultimate goal in mountaineering. Whether you're a serious climber or a recreational hiker, you can find adventure in this list! And of course, it will take you a long time to complete it!
Full List of America's 57 Finest Mountains
#3 Thru-Hike the John Muir Trail, California
I've written about the glories of the John Muir Trail so many times that I'm sure some of my consistent readers are tired of it! However I maintain that my 2 week backpack trip through the Sierra Wilderness was one of the most physically challenging and spiritually revitalizing trips of my life. This trail is a well designed route from Yosemite Valley to Mt Whitney and goes through Kings Canyon and Sequoia National Park. The California Sierras are one of most untrampled places in the country. Along this 210 mile long trail you will travel through part of the state that have never been inhabited. Other parts are impossible to reach without undergoing at least a 5 day trek. To me, its a "California Kashmir". It differs massively from the Appalachian Trail in that you seldom see any signs of civilization outside of Yosemite- for better or worse, you're on your own out here! But if wilderness, solitude, clear rivers and mountain appenglow are things you seek, then Thru-Hike the JMT! Here's my take on the trail-
Introduction to the John Muir Trail
JMT: 5 Suggestions that Aren't in the Guidebook
Packlist Considerations for the JMT
#4 Kayak the Maine Island Trail, Maine
Unknown to almost everyone except Mainers and hardcore kayakers, the Maine Island Trail has been called the best kayak trail in America. The coast of Maine is dotted with some 10,000-odd islands and most of them are preserved and uninhabited. The Maine Island Trail Association has set up campsites along the 300 miles of Maine's coast just for us Kayakers! Its a paradise for any paddler; there's plenty of islands to explore, little inlets to maneuver into and dozens of tiny lobster towns which are as inviting as they appear! And don't forget Acadia National Park! Maine is as much of a destination for kayakers as Colorado is for mountain climbers. I've written multiple times on this destination and plan on section-kayaking the more northerly parts of the trail in the fall. Here are a couple other blogs I've written on the trail-
Kayaking Isle au Haut in Acadia National Park
Kayaking from Stonington to Bar Harbor
The Best Seaside Villages in Maine
#5 Go Canyoneering in Zion National Park, Utah
Canyoneering is a relatively new sport and the slot canyons of Zion are calling! What is Canyoneering? It is essentially rappelling down thin canyons in the Southwest. It involves less technical know-how than rock climbing and its a relatively easy sport to learn. Its also the best way to experience canyons that are just 7ft wide and hundreds of feet deep! Indeed canyoneering is a sport for the great adventurers. 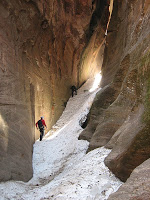 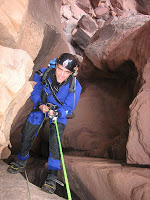 Left: Deep in Middle Echo Canyon, Right: Beginning of a 100ft Free-Rappel)﻿
As you can see from the pictures, you really have to bundle up and wear a dry suit when you're canyoneering. These canyons are stunningly deep but this means that they receive very little sunlight; snow can last well into July! Also, there are parts that may have deep water so the dry suit helps out!
Well, I hope that got you started! I'm going to be including my posts about past adventures as well as future material such as a more comprehensive guide to the canyons of Zion.
Best Outdoor Adventures in America: Part 2


To my faithful readers and google searchers, thanks for making this a great year of blogging and stay tuned for another year of adventure! And as always...
Read. Plan. Get Out There!