Nothing inspires curiosity and imagination like a hike at Tent Rocks National Monument. I heard about this place from some online list of "best hidden gems" in the Southwest (or something like that). Anyways, I was finally in the area and couldn't pass it up.In fact, I did something I rarely do on road trips; I visited twice.

Hidden Gem of the Cochiti

Kasha-Katuwe Tent Rocks National Monument is the full name and it's located near Pueblo de Cochiti, within about 40 minutes of both Santa Fe and Albuquerque. Due to its proximity to both cities and its strikingly unique geology, its heavily visited on the weekends. I was happy to be there early on a weekday. There's a few things I learned about visiting the monument that are worth mentioning. The are open from 8AM to 5PM daily and visitors cannot access the monument during closed times. They begin rounding up all hikers at about 3:30; my first visit I could only see a brief portion of the park because I was there late. There's no camping in the park though many options nearby. Definitely check the website for special closed times when the Pueblo de Cochiti might have cultural observances. 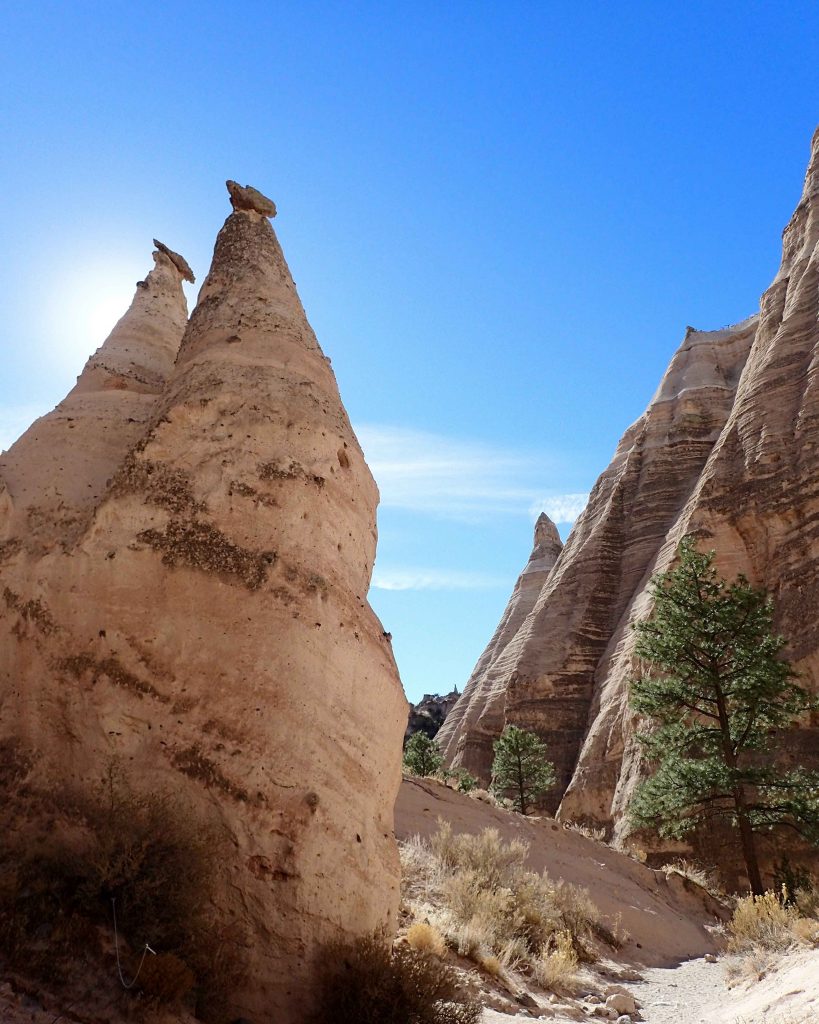 Though small in size, the hikes offer a tremendous amount of scenery. There are two trails- the Canyon Trail (3.0 miles round trip) and the Cave Loop Trail (1.2 mile loop). I highly recommend combining the two to get the best of the park. But with limited time, the Canyon Trail is the most scenic. Beginning at the small parking area the trail instantly travels through an unworldly landscape of eroded hoodoos. A few interpretive signs describe how these rocks received their strange shapes. I let my imagination wander as I gazed up at the narrow spires. The place felt spiritual and almost haunted, like I was venturing to an ancient civilization. 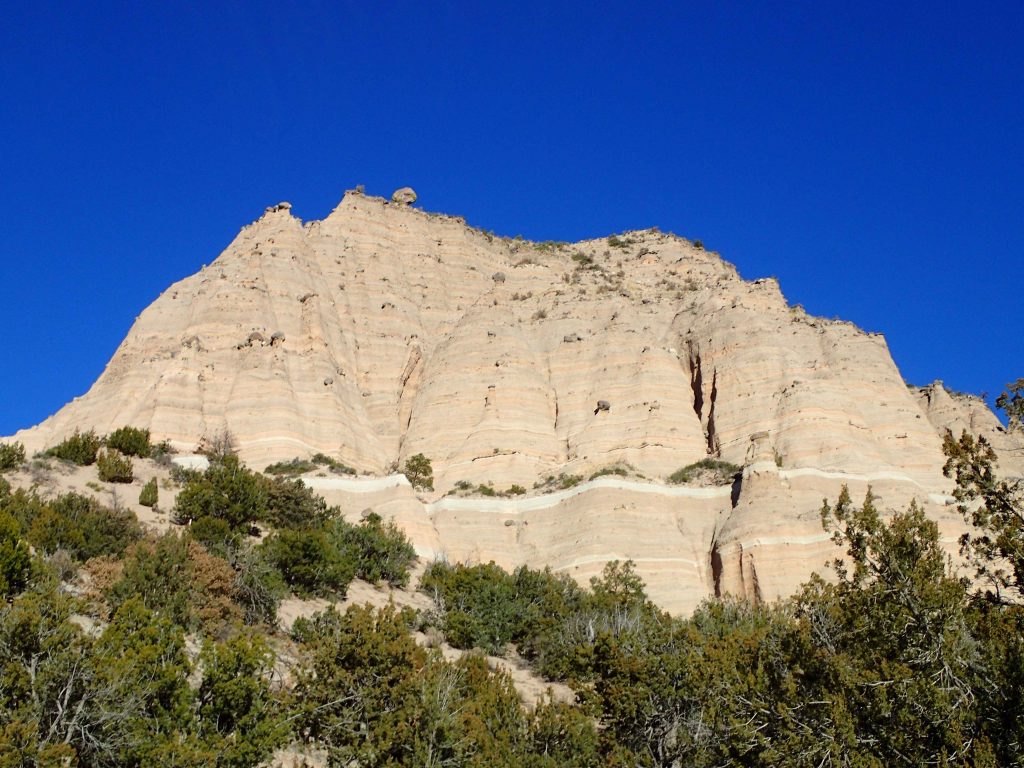 There are a few classic panoramas that I've seen online of Tent Rocks but what is not as prominent is the tremendous variability of the landscape. After the first 20 minutes of hiking, the trail enters into a Slot Canyon, very similar to those of Zion National Park and Arizona. I had no idea that there was one here! The trail funnels to an extremely narrow section; I found it hard to even get my daypack through. Certainly it makes you feel small once you look up towards the towering rim. 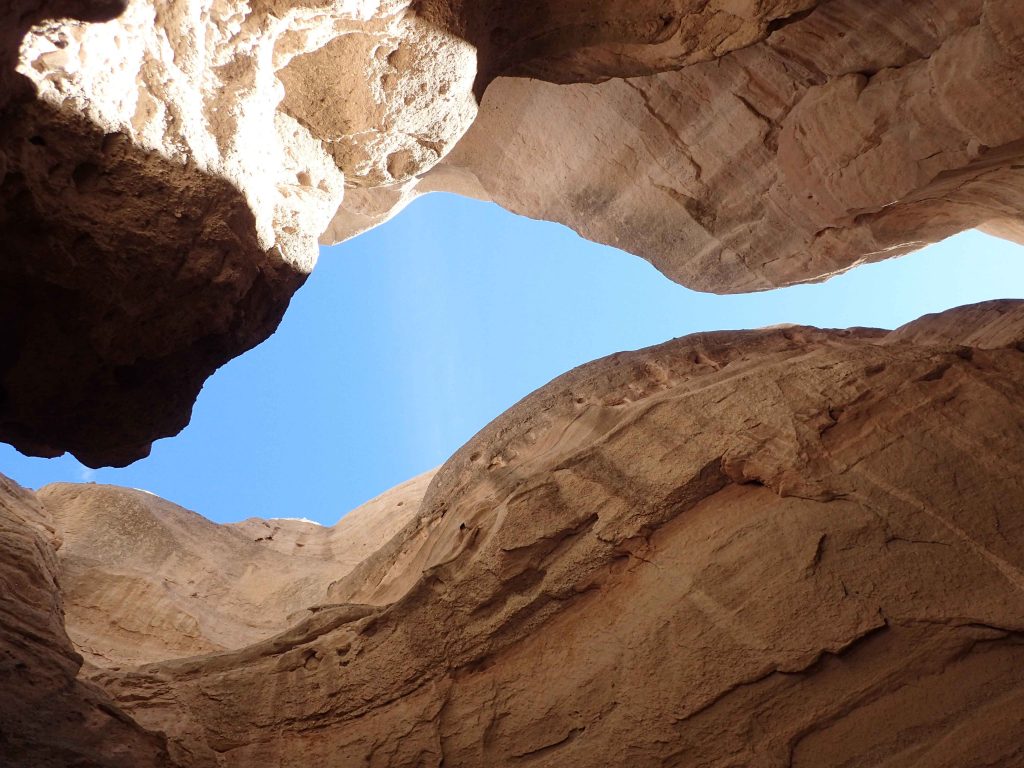 Almost at once, I popped out of the canyon and saw the more infamous formations of Tent Rocks. Beyond the canyon, the "tents" seem to get larger and taller. I think this is where most of the photography come from. I took it slow through this section. Getting up super early and hitting the park on a weekday really paid off. The park rangers said that the weekends are busy and trails get congested. But today I had this entire place to myself so I played with my camera and tried to shoot as much as I could. Later in the day the crowds began to swell. 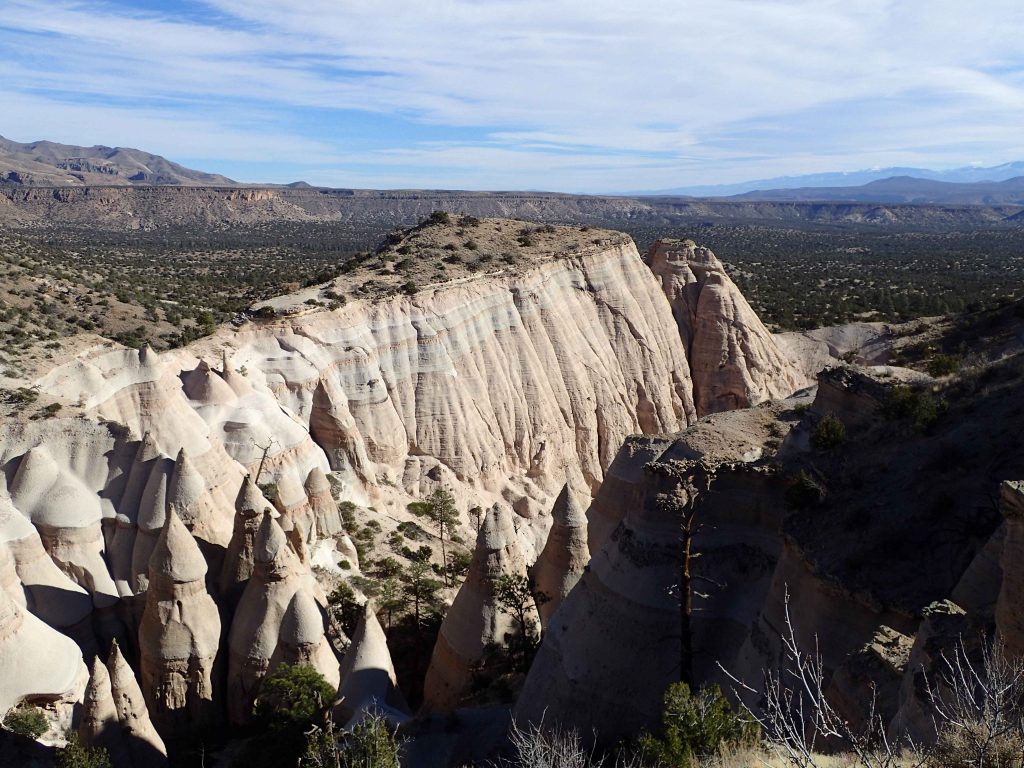 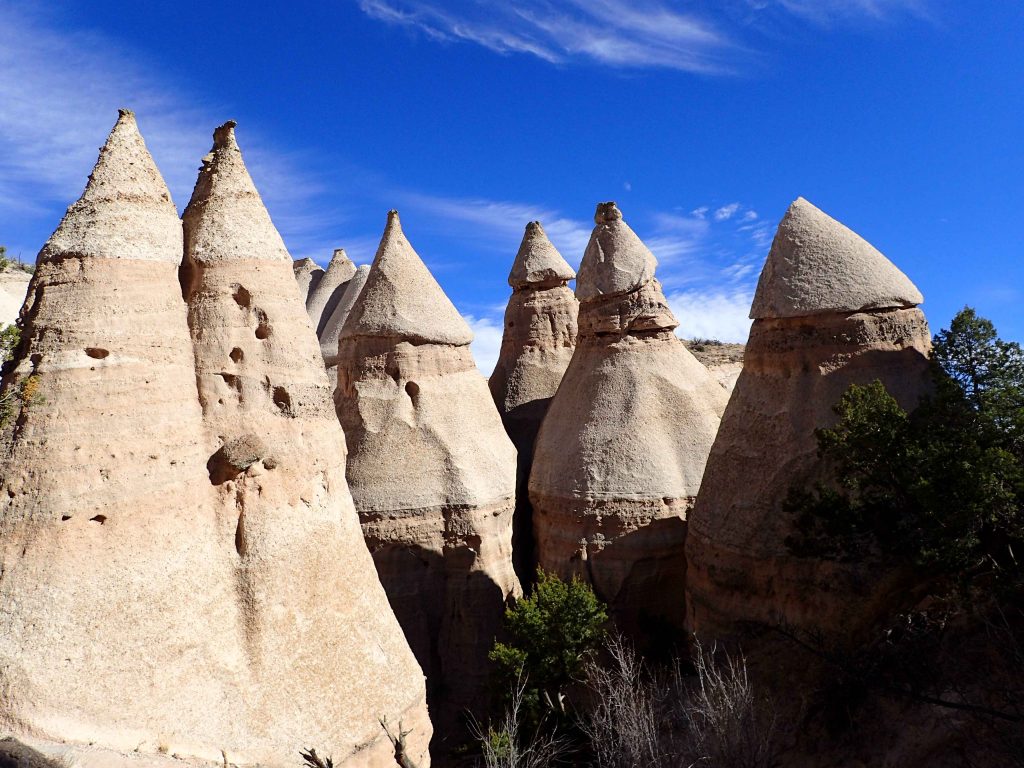 Eventually I found myself at the top of the cliffs with a 50 mile view. Below me the hoodoo spires rose as if they were also enjoying the view. Snow capped peaks of the Sandia Mountains near Albuquerque contrasted the otherwise distinct southwestern landscape. I was entirely alone and enjoyed an early lunch. Mysterious is the best word I think of when describing this place. New Mexico's nickname is the Land of Enchantment and this was the most enchanted place I saw on my week on the road. I would come back here in a heartbeat but my next destination was the lofty summits of the Sangre de Cristo Mountains near Taos.
National ParksNew Mexico Adventures