An easy 10 mile paddle around one of the most gorgeous protected bays in California I’ve long considered Point Reyes to be nothing short of sacred. It sharply cuts into the Pacific Ocean from mainland California and creates a haven of wilderness and wonder. Like Cape Cod but with mountains and redwoods. I don’t know... 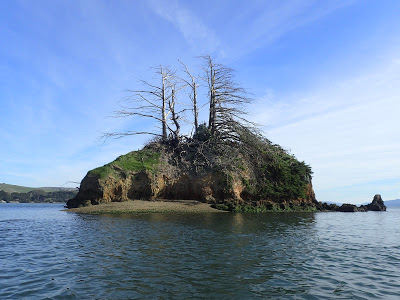 I've long considered Point Reyes to be nothing short of sacred. It sharply cuts into the Pacific Ocean from mainland California and creates a haven of wilderness and wonder. Like Cape Cod but with mountains and redwoods. I don't know who's idea it may have been to preserve the area for generations but I've been coming here for well over a decade for respite and solitude. There was no better way for me to start 2018 than a kayak trip here!

Tomales Bay looks like a bit of an anomaly from the air, creating an almost perfect line of deep water in a northwesterly direction. The further you zoom out on a topographic map, you realize that it is an extension of the infamous San Andreas Fault. Although the forces which created the bay are quite tremendous, today it is a remarkably protected waterway with just a few small fishing and oyster hamlets. The western side of the bay is almost entirely preserved by the national and state parks.

I began my day at Tomales Bay State Park which has a wonderful sandy beach that people tend to enjoy a lot in the summer. On the day I was there, I only saw a handful of other people. Its very easy to put in a kayak or other small, non-motorized boat at this beach and within 20 minutes of arriving, I was on the water.

The coastline of the bay is marked by mostly cliffs although several inviting beaches that are mostly public (I noted in the map above the ones that are wildlife preserves where landing is not permitted). The beaches are boat-in only for the most part which creates an exceptional wilderness setting. I spent hours of my day landing at random beaches and taking in the serenity! 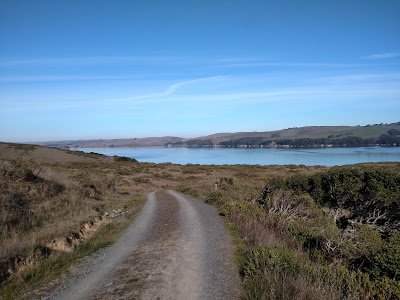 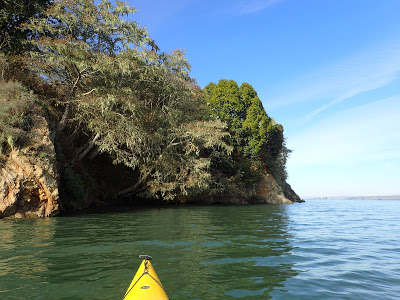 Two of the beaches have pit toilets and more established campsites although with a permit you can camp on the more remote beaches.

As I worked my way to the outlet of the bay, I decided to make a line for Hog and Duck Islands. Although closer to the center of the Bay, I didn't feel like the currents or wind were terribly cumbersome. The seabirds were in full force today! Hundreds of very noisy Pacific Loons announced their presence. I kept my distance as to not perturb them but watching them dive, swim and socialize was quite the sight. Harbor seals were also my near constant companions. There's almost always kayakers out on the Bay but they seemed as curious as ever to inspect this oddly shaped yellow thing in the water! They were just as noisy as the loons too, especially as I got closer to one of the pupping areas on Hog Island. Again, landing or getting too close to them is NOT permitted but even from several hundred yards away, you could hear and see their rambunctious haven. It was like watching a bunch of school children in a cafeteria. Some were relaxing, others were fighting and many seemed to be having pleasant seal-conversations. What a remarkable life they must lead! 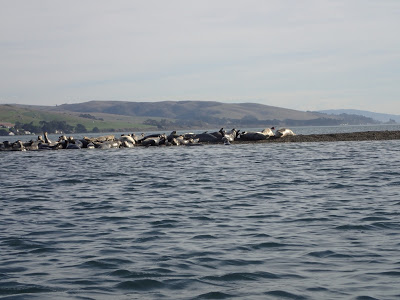 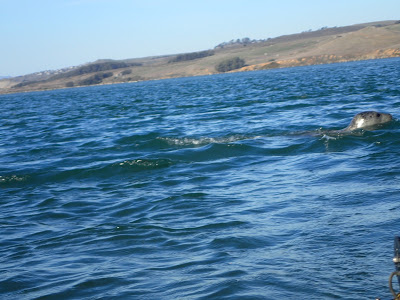 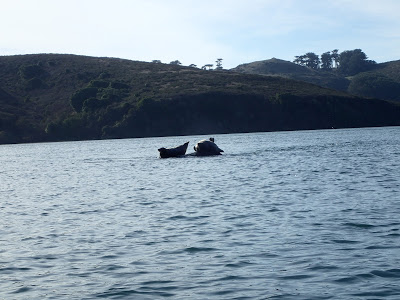 The last noteworthy wildlife I encountered was veritable swarm of Moon Jellies! There not an uncommon sight to see in this part of the Pacific but nevertheless they are an interesting animal to watch. Extremes in tides had lead to several of them washing up on the shore but they were still plentiful in the bay. I'm glad I didn't go swimming! 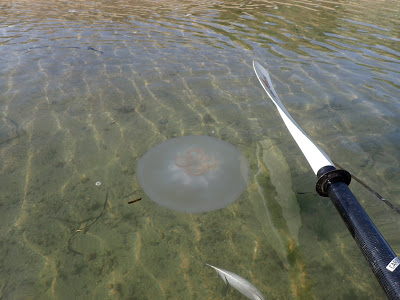 All in all, it was a very pleasant trip. The currents and tides tended to be light, even with the so called "supermoon". Wind was generally calm and it was easy to remain in protected bays. Really I just scratched the surface of all the Bay has to offer; I'll likely return in the future for more boat-in camping and hiking.