Beautiful view at Benziger Winery Being Californians, we always felt like our appreciation and understanding of wine was grossly limited. Sure, we know the general differences between varietals and a little bit about wine growing regions. However, when it comes to the finer art of wine tasting and appreciation, we felt like it was quite...


Being Californians, we always felt like our appreciation and understanding of wine was grossly limited. Sure, we know the general differences between varietals and a little bit about wine growing regions. However, when it comes to the finer art of wine tasting and appreciation, we felt like it was quite nebulous. For one, I've always wondered how you could get a non-fruit flavor from grapes. Things like "toffee, oaky and tobacco" just didn't make sense to me. Also, while we're aware that Northern California is a world-class wine region, I really wanted to know why. Or, to put it differently, why aren't other parts of the country that grow grapes as famous as California for their wines? (There are literally wineries in every state but none has over 4,000 like our state!)

To put it simply, we live only an hour an a half from the continent's greatest wine growing region and we felt like we knew nothing about wine! And that's how our trip was born.

1. You DON'T need to be a Sommelier to appreciate good wine

This was perhaps the most salient lesson we learned in our trip. I think a lot of people are intimidated by the idea of wine tours because they feel like they're going to be in a group with a bunch of people who know everything there is to know about wine. We saw all types on our trip, from the most casual to the most experienced. We encountered girlfriends groups, other couples our age, families and several international travelers. Everyone seemed to be there to learn more about wine and winemaking and we all left each winery feeling like our abilities had increased. Sonoma Valley in particular has cultivated a very down-to-earth approach to visitors which makes the really incredible wines quite accessible to folks like us!

2. Opinions are helpful, but not the end-all of wine.

This is another good takeaway I learned from nearly every winery we went to. Like most anything in this world, wine is dominated by opinions and there's plenty of personal preferences and disagreements to go around. Sonoma Valley tends to embrace that! You are totally allowed to not like a pour that has been offered and the wine bartender will be more than happy to try something else to suit your pallet. I loved that everyone gave you permission to be real about what you like and don't like and nobody seemed to get offended at anything.

Bob, our guide at Zinfandel Winery really helped us understand this point. He compared price points of wine to price points in cars. Less expensive cars can still have a lot of reliability, safety and be very drivable. Sure, you're not going to find them in a museum or find an old-timer working 10 years to restore your compact car but that doesn't mean its a bad car! In the same way, there are very expensive, luxury cars that impress the heck out of people when you drive them but the maintenance is expensive, the drivability might be atrocious and you're probably not going to want to take it on normal errands.

Think the same way with wine price points. There are several wines that I know I can find at just about any supermarket for 10-12 dollars and I'm going to love them. I pour them on a Tuesday evening with leftovers and I love that reliable taste. I'm not going to take that same wine and try and bottle age it for 21 years for a child's birthday though!

By the same token, if I spend a good 50-60 dollars on a bottle of estate-grown and bottled wine, I better put in my research to make sure that its something I would like and if I'm going to age it, I better make sure I'm doing it well! I'm also not going to be pouring it on a Tuesday evening after work, I'm going to make sure I match it with a good meal and try and serve it in one sitting.
Here's a good comparison on Price Points: Both are from Ravenswood, same vintage (2015), same varietal (Zinfandel). The bottle on the right is roughly 7-10 dollars at our local supermarket while the one on the left runs at 39 dollars. I love them both for different reasons. The 10 dollar bottle is reliable. I bought them when I was in grad school in Maine and had no money. I still buy them here now that I live in the Bay area. I would describe the taste as robust while my wife might say its harsh. On the other hand, the bottle on the left was a glorious pour for both of us (my wife typically avoids Zinfandels). The taste is far more complex though smooth, probably due to a number of factors- it comes from a single AVA in Sonoma County, a single vineyard and was probably aged in a far finer fashion than the one on the right. You CAN taste the difference! (For those who like whiskey, imagine the difference between Wild Turkey 101 and 15 year old scotch).
4. How to Read a Wine Bottle

This is fantastic as I previously knew that some parts of wine labeling were important but never knew how to properly interpret them. The label is like the wine's introduction and just like with humans, a fancy introduction can often hide a lackluster personality. Several industry standards and labeling laws play a role into what can actually be written.

What I can say is that supermarket wines might come from the same company or vineyard that you could see in Northern California but the marketing is entirely different. In general, we saw much simpler labels that were geared towards those purchasing fine wine as opposed to eye-catching labels focused on capturing your gaze in gigantic rows of wine at the market. 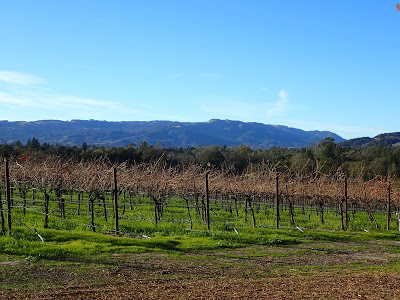 Sonoma Valley is separated from the ocean by at least two fairly substantial mountain ridges and also separated from the central valley by another two. The climate is exceptionally moderate for that reason. San Pablo Bay also moderates temperatures within the region. Whereas the Southern Reaches of the Valley are going to be more associated with varietals that need the cooler, oceanic climate, the Northerly and higher regions tend to produce varietals closer to the Rhone Valley and Spanish wines. Once you start factoring in the way that otherwise insignificant hills and trees can create temperature differences and shade, you could have a small plot of land matched with a dozen grape varietals. And don't get me started on soil composition and drainage!

I suppose the takeaway is that the microclimates of Sonoma Valley mean that every single varietal in the world can be grown here! The only kind of wine you couldn't get from the Valley is, of course, ice wine.
6. Coopers, The Unsung Heroes

This is something that a lot of people even vaguely familiar with wine would probably already understand but I certainly did not. Wine, of course, needs to be aged and the vast majority are aged in oak barrels. There are really only three different types of barrels that are used to age wine- French Oak (the most pricy), American Oak and Hungarian Oak. American Oak barrels are almost exclusively from the Southeastern United States.

Barrel making is as refined of an art as winemaking. The tour at Madrone estate told us that roughly 20-30% of the flavor of wine comes from the barrel itself. Barrels are often described as rounding out the flavors of wine and most would probably not enjoy non-aged wine any more than they would having lemon juice over lemonade. Barrels "take out flavor as much as they add to flavor" was a major takeaway. The way the inside of the barrel is toasted by the Cooper also has a major impact on flavor. Matching the right wood, the right toast and the right varietal of each vintage is part of what makes winemaking so intricate.

This is another subject that carries a ton of opinions but winetouring really simplified the debate for us. Screwcaps are great for wine that you tend to want to drink within a year. The wine is going to hold the flavor that the winemaker intended. Corks, for better or worse, are going to allow for more variety from bottle to bottle. When it comes to aging, you probably want to stick with cork over screwcaps. However, its a very small risk but might be worth considering that, regardless of price points or vineyard, you can end up with corked wine. Corked wine happens to ten dollar bottles and 100 dollar bottles and although technology has improved over the years, the risk of it cannot ever be fully eradicated. I've never tasted corked wine myself but I've heard it variously described as having the smell of wet cardboard or newspapers. 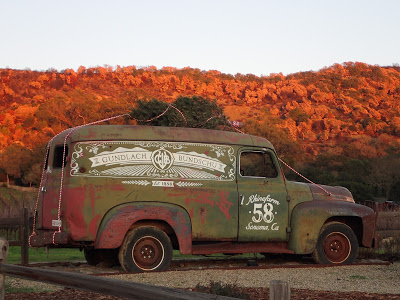 Again, heard a lot of opinions here but had some great takeaways. First, most would agree that only some bottles should be bottle aged and that most wine should be drank within 1 year of purchase. Many things go into which bottles you should age and not age but I did like what I heard on the tour at Madrone Estate and Buena Vista. One opinion which made sense to me was generally not aging wine past 5 years: "risk outweight benefit after 5 years!" was what one of our guides postulated. He followed that up by saying that if you are going to attempt to age a bottle for a decade or longer, it makes far more sense to buy a much larger bottle- magnum or double magnum.

For the 99% of us who like wine, want to try aging but don't have a wine cellar, the recommendation for aging was to keep the bottles in a box in a closet. Now, living in the bay area means that the temperatures of the home are generally fairly consistent and we don't have to often use AC or heating to keep the temps in the 60s. Box in the closet means that it wouldn't be exposed to sunlight and it was recommended we turn it every New Years. We received the same recommendation at Buena Vista; our bartender had over 100 bottles and no wine cellar!

Are we on our way to becoming Master Sommeliers? Probably not but we sure feel a lot more confident in our ability to purchase and appreciate all the subtleties of wine flavor!