Although I tend to write about places that are several hundred miles away from where I reside, I’ve actually always been a fan of the “staycation”. Now that we live in a place like the Bay Area, staycations can be quite adventurous, rivaling that of more intrepid trips far from home.  The three counties (San... 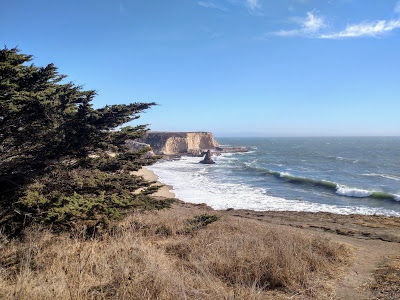 Although I tend to write about places that are several hundred miles away from where I reside, I've actually always been a fan of the “staycation”. Now that we live in a place like the Bay Area, staycations can be quite adventurous, rivaling that of more intrepid trips far from home.

The three counties (San Mateo, Santa Cruz and Santa Clara) that make up the southern reaches of the Bay Area are quite extreme in their variations of topography and climate. They can also be quite rural, especially as you get into the mountains and coastal areas. We never seem to be far from a new-to-us state park or open space that we can explore. My far more refined wife is also happy that we never seem to be far from a local winery. Lately, we’ve been taking trips that encompass both of our passions.

Picchetti Winery, Cupertino, California:
This place is a perfect marriage between our otherwise divergent recreational interests and tastes in wine. By that I mean that there’s an abundant selection in fairly unusual varieties of reds and whites in addition to the property having access to public open space for hiking. We took the better part of a day to tour and taste this winery for that reason!

If you’re not from the Bay Area, you might correctly tag Cupertino with everything Apple. But far before computers were invented, Cupertino was considered somewhat of a rural place outside of San Jose. The soils and temperate climate of the region were far more associated with viticulture rather than what would become the epicenter of Silicon Valley. Given that Picchetti Winery started at the end of the 19th century, it has quite a storied history of surviving the tumultuous years of the American Prohibition in the early part of the 20th century to becoming a wine-tasting fixture in an area that is otherwise exclusively tech-oriented.

The tasting room has a vibrant, social atmosphere and may be a bit difficult to find a piece of real-estate at the bar if you’re there on a Saturday! We’ve been to several tasting rooms in the past which can feel a bit lonely- that was certainly not the case here. 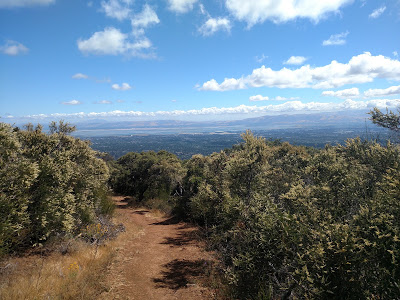 Piccetti Winery, Freemont and Stevens Creek: As mentioned earlier, the winery is interlaced with open spaces and public hiking trails. I love that the place is literally surrounded by parks! Although the appropriately named Zinfandel trail is a great two hour walk that can be accessed from the Piccetti parking lot, I actually liked Rancho San Antonio Open Space the best. This is a state-park sized open space with extensive hikes, most of which would take all day to complete. A loop hike/run of the PG&E trail with the High Meadow Trail was 10 miles and I didn’t run into very many people past the first mile. 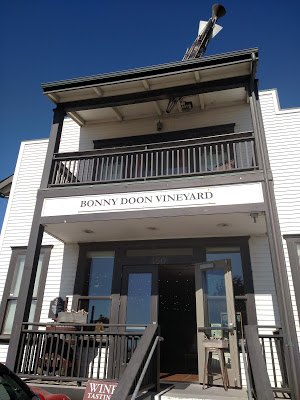 Bonny Doon Vineyards: Bonny Doon Vineyards outside of Davenport, California is basically Santa Cruz, bottled and poured. They radiate with quirkiness, self-aware gusto that is well-deserved given their prominence in the region for excellent wine. Don't expect to leave with less than four to six bottles if you go to their eccentric tasting room right off of Highway 1. The owners seem to bask in their self-described prismatic radiance and I had to look up several words in a dictionary from their newsletter (D.E.W.N. : Distinctive Esoteric Wine Network). 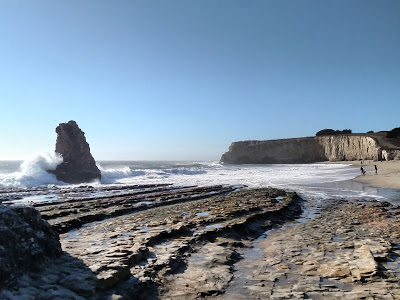 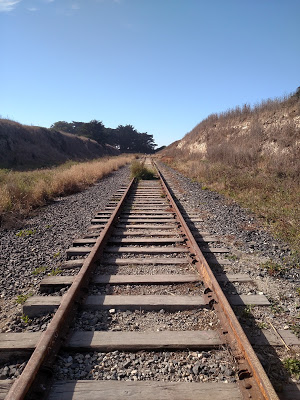 Davenport Beach and Route 1: The drive to or from Davenport is bound to be full of adventures. I'm always surprised how rural the coast is between San Francisco and Santa Cruz. Once you get south of Pacifica, there's essentially just Half Moon Bay and a lot of open road. Farms dot the coast along with the sharp ridges of the Santa Cruz Mountains. There are around two dozen open spaces and parks in the area as well which we've begun exploring. Of course, you don't have to go far from the Bonny Doon Tasting Room to get on a secluded beach! Davenport Beach is an easy but steep walk to the shore. Bounded by cliffs and very exposed, the waves and currents probably don't permit much swimming but there are abundant opportunities for beach-combing! In the fall, the waves are currents create an artistic scene. Año Nuevo State Park and Pigeon Point are other picturesque places that are worth a stop on the way North.