Adventures close to home I think one of the greatest blessings about living in the Bay Area is the proximity to numerous open spaces and wilderness areas. Its almost jarring how densely populated the Peninsula and Silicon Valley give way to vast stretches of rural, undeveloped land the closer you get to the shore. In... 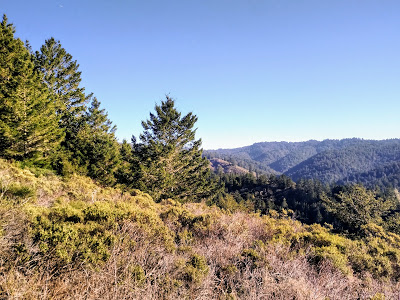 I think one of the greatest blessings about living in the Bay Area is the proximity to numerous open spaces and wilderness areas. Its almost jarring how densely populated the Peninsula and Silicon Valley give way to vast stretches of rural, undeveloped land the closer you get to the shore. In most parts of the country, the beach cities are overcrowded and bursting with people- for some reason that's not the case in Northern California. Maybe its the fog, or the cooler summers but I'm not complaining!

Purisima Creek Open Space is one of finer local open spaces in the area, just off of Skyline Drive. There are two parking areas, North and South- this hike is accessible from the North Lot. Its actually quite sizable although I've never been there on a weekend day.

I would like to point out that although I consider the hike quite easy, it is almost completely downhill for the first half. Its kind of like hiking the Grand Canyon in that matter- make sure you don't tire yourself out on the beautiful hike down!

As hinted by the name itself, the hike is lush and predominantly forested. Had you hiked this place 200 years ago, you might find yourself totally immersed in an old-growth forest but this is considered "second-growth". The drawback is that the trees are generally younger than the ones in Big Basin State Park. The silver lining is that the views tend to abound. On this clear day, I could easily see all the way out to the Farallon Islands, nearly 40 miles away. 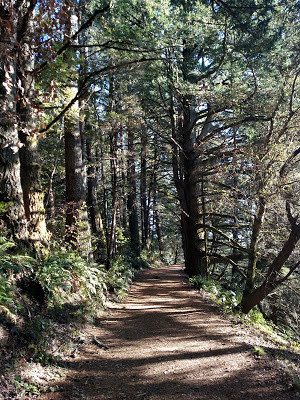 The trail can have quite a steep descent which you must consider on your way back up. Along the way, younger groves of redwoods also provide ample amounts of shade with a backdrop of the Pacific Ocean. Its really a pleasant hike!

The hike has plenty of signage so although there are several forks along the way, I had no trouble finding my way. Towards the final overlook, the trail does steeply climb the North ridge but on the other side is a fantastic final view- 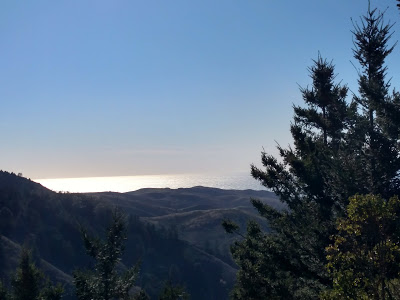 It was late afternoon by the time I made it there so although the pictures didn't turn out well, the sight was no less sublime. I actually ended up taking a nap in the warm December sun (only in California).

This is an out and back hike although several other loops exist which I intend to explore as well. All in all, the hike took me about 2.5 hours of moving time which accounted for all the pictures and admiration that often slow me down.