Rising well over a vertical mile above the surrounding valleys, the Chiricahua Mountains are a beacon of hiking and wilderness in Southeastern Arizona. Hiking the summit is just one of many adventure Though imposing in its profile, the hike up Mt Chiricahua makes it more of a gentle giant. It is fairly even in height...

Rising well over a vertical mile above the surrounding valleys, the Chiricahua Mountains are a beacon of hiking and wilderness in Southeastern Arizona. Hiking the summit is just one of many adventure 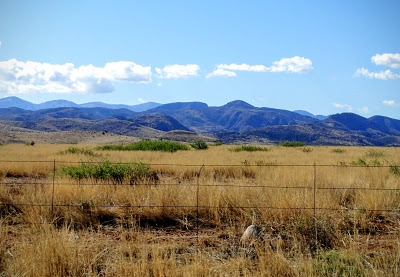 Though imposing in its profile, the hike up Mt Chiricahua makes it more of a gentle giant. It is fairly even in height to several other mountains in the area, at 9,759'. What is surprising is the extensive and fairly well maintained network of hiking trails that gets deep into the region- considerable when one looks at how far away the mountains are from any major center of population. For me, this summit would be my third “sky island” and held the best wildlife flower viewing of my entire trip

The Chiricahuas have a mega-diverse wildlife population. It is theoretically possible to see both jaguars and ocelots in this part of the state though sightings are exceedingly rare. Nonetheless, it speaks toward the phenomenally unique nature of the range where specials found hundreds of miles north and hundreds of miles south can be seen in the same environment.

The trail begins at an elevation of 8,400 ft at the end of the driveable portion of the forest service road. Forest Service Road 42 and 42D are both unpaved and relatively passable. They're fairly beaten in some sections, necessitating a slow drive though I did not have significant trouble with bottoming out in a rental car.

Leaving from the parking lot, the trail takes a generally steady and slow climb up to the summit, rounding several smaller subsidiary peaks and with minimal elevation loss. Therefore its a quite pleasant hike where the exposed ridgeline offers views of both lower valleys. In the time of the year I hiked it, alpine wildflowers were abundant and blossoming. 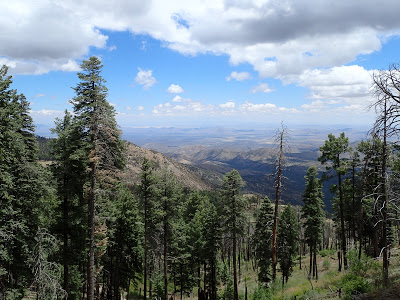 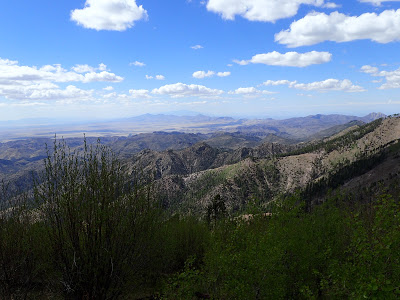 Though the summit itself is forested and with only directional views, the ridgeline has almost continuous panoramas. This is partially due to a number of fires that have hit the region in the last few decades. Fires were once strictly managed during the middle and later half of the 20th century, resulting in overgrowth. When the inevitable fire did start, they burned much hotter and longer than those that happened prior to strict management- hence some of the parts of the range are completely defoliated- though they appear to be recovering.

I really felt like this was somewhat of an effortless 10 miles- there's elevation gain and loss, to be sure. However it is gentle and hardly noticeable. I found the pockets of wildflowers at the cols to be as remarkable as the ridgelines 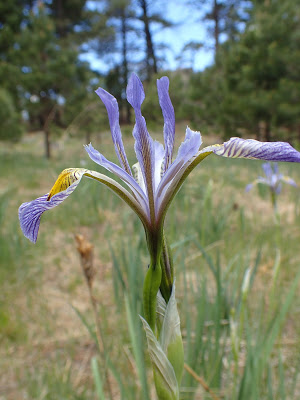 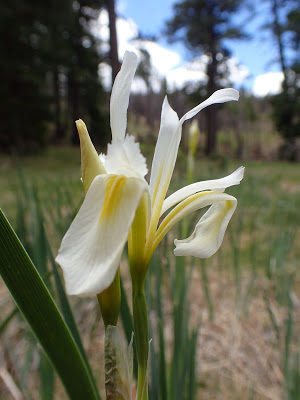 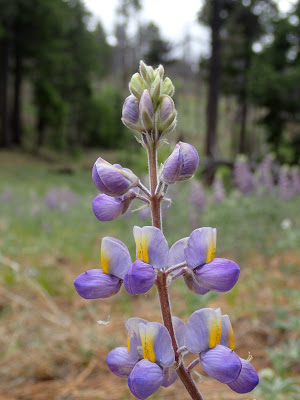 I encountered only a few other hikers from the Portal, Arizona area which is a small town nearly on the NM border. They were enthusiastic about their backyard mountains, proclaiming them to be one of the best hiking destinations in Arizona. They were also quite friendly and courteous, offering me ideas for future trips. Monte Vista, apparently was a nearby destination that many preferred over hiking the high point. Of course, I couldn't just travel all the way out here without visiting the top of the range. 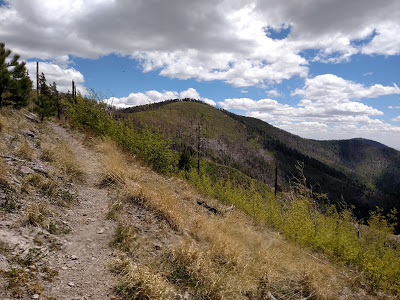 Again, the summit is somewhat anticlimactic so I didn't spend too much time at the top. Its an out and back trip, so I simply returned the same way I came. The wildflowers continues to provide as much enjoyment as the views.

After making it back to the parking lot, I drove down the windy mountain road and stayed the night in Chiricahua National Monument.