Arizona’s answer to Utah’s Bryce Canyon Frequently talked about, seldom visited- that’s the best impression I had prior to visiting Chiricahua National Park. Pictures of precariously balanced rocks frequently gloss publications on Arizona hikes though the park sees less than 50,000 visitors in a year. Despite having a very similar appeal to Bryce and the...

Arizona's answer to Utah's Bryce Canyon
Frequently talked about, seldom visited- that's the best impression I had prior to visiting Chiricahua National Park. Pictures of precariously balanced rocks frequently gloss publications on Arizona hikes though the park sees less than 50,000 visitors in a year. Despite having a very similar appeal to Bryce and the Grand Canyon, this national monument will forever be overshadowed by its more famous neighbors. To me, this is a perfect reason to pay it a visit.

Getting there is actually not too difficult as it is about 2 hours from Tuscon and only 35 minutes away from Interstate 10 at Wilcox, AZ. Roads are very well maintained along the way and inside the park. Several loop hikes exist-

I found there were abundant hiking opportunities and actually wished I had more than a day to spend in the park. My goal was to see the was to see the Heart of Rocks loop which is where the most well known features of the park can be seen. The loop actually remains far (comparatively) from a parking lot, necessitating about an 8 mile round trip hike with lots of steep grades. Not surprisingly the national park service offers a shuttle transporting the hiker from the visitor's center to the Massai Point trailhead so that the hiker can make a one way trip which is all downhill back to the parking area. I decided to simply park at Massai point and simply enjoy a 10 mile hike.

With sunrise over the hoodoos, I was totally alone and had a national treasure to myself. The stately formations cast etherial shadows along the canyon walls, creating an almost haunted look. Like clouds, each had a peculiar but almost deliberate looking visage which played to the imagination. Some looked like faces, others looked like something more abstract. The most obvious ones were named such as Mushroom Rock- 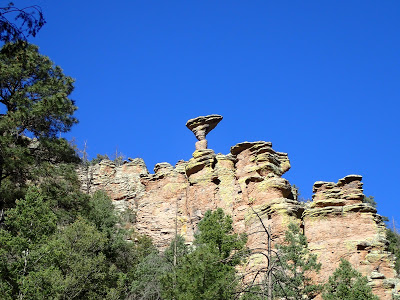 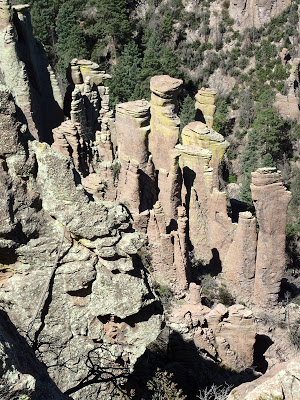 I wandered along. The trail weeves in and out of the hoodoos and only when I was way down below the canyon rim did I realize how massive the spires were. The one above towers the height of a 5 story building. My neck began to hurt with all the upward gazing.

Following the map above, I kept along the perimeter of the loop, hiking in a clockwise direction. Inspriation point was a 1 mile detour to a lovely vista- I'd recommend it if you have the energy. After about 2 hours of leaving the trailhead, I made it to the heart of rocks loop.

This loop is about a mile though it took me at least an hour and a half. My camera was out every two seconds trying to capture the uniqueness of this wondrous destination. I made up my own names for the formations as I went along. 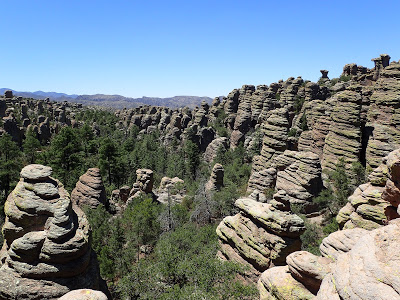 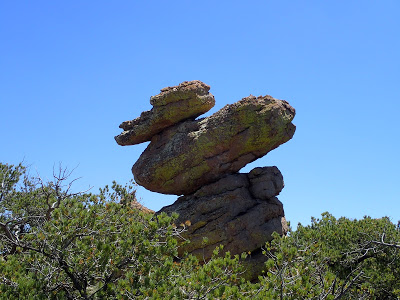 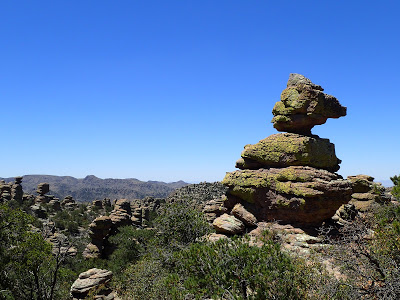 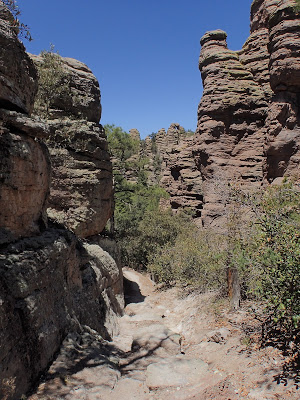 After the Heart of Rock Loop, the trail drops significantly in elevation and gets deep into Sarah Deming Canyon. The trail can either continue back to the Visitors Center or hook back east to the Massai Trailhead. I much preferred the latter option as it took me through Echo Canyon which was quite deep. Though this canyon doesn't have the hoodoos of the earlier hike, the trail winds through a vast section where it feels like you're walking under sky scrapers. Its a climactic end to the hike. 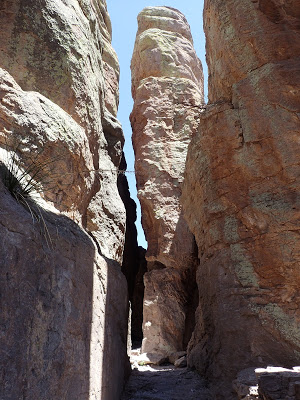 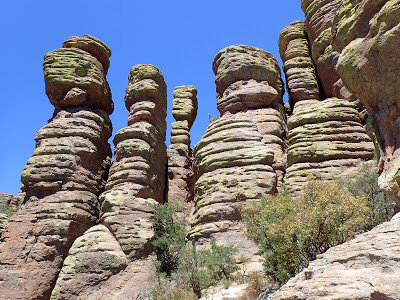 Though I didn't get a chance, Sugarloaf Mountain is a short but steep trail to one of the higher summits in the park. This 1 mile trail can be done in 45 minutes to 1 hour, I've been told. I missed the Natural Bridge Trail too which is a 4.8 mile round-trip hike.

Nearly the entire park is in wilderness area which means that numerous trips exist in the back-country without established routes- I would have liked to have done an overnight there as well. However the campsite is well maintained too and I enjoyed the company of the stars instead. Chiricahua NM sure is an underrated destination!