I suppose it would only be appropriate to follow up my last post with a more uplifting one about destinations that are unknown and continue to offer boundless adventures without the crowds. Its been one of the central focuses of the blog for a while now so I’ll be right back on track! I know that... 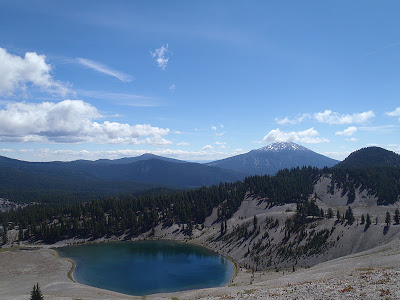 I suppose it would only be appropriate to follow up my last post with a more uplifting one about destinations that are unknown and continue to offer boundless adventures without the crowds. Its been one of the central focuses of the blog for a while now so I'll be right back on track! I know that several of these places are locations that I've written about before but I've recently had an influx of new viewers so I hope this doesn't appear too stale. However, rest assured that this Holiday Season will bring many new adventures and places to write about. For now, put these eight places on your list for a day trip or vacation for the wilderness-minded
﻿#1 The Black Canyon of the Gunnison National Park, Colorado
It seems like every time I pick up an outdoors magazine or national park publication there will be yet another article detailing the beauty of the Grand Canyon. But after visiting the Grand Canyon, Zion Canyon, Bryce Canyon, Kings Canyon and a hundred other canyons across America, I think the real Grand Canyon should be the Black Canyon of the Gunnison. I've never seen a more awesome and majestic display of what water can do to rock over a long period of time. It was one of the few destinations that actually "took my breath away". 2,000 feet deep and only a quarter of a mile wide... enough to give this rock climber vertigo. As you can imagine, this is also a center for adventure sports. Whitewater kayaking, big wall climbing and epic canyoneering beckon the outdoor extremest. And of course, as the picture alludes to, it is indeed possible to scramble 2,000 feet down from the rim to the river. You don't have to be crazy to do that... but it helps.
#2 The Upper Midwest- Minnesota, North Dakota, South Dakota, Wisconsin

The Upper Midwest... unbeknownst to anyone save for residents, fishers and of course, Boy Scouts. I didn't think there would be anything to see in the way of adventure until I drove across the country. South Dakota has the Black Hills and North Dakota has an abundant amount of wildlife. Minnesota in particular has endless forests, lakes and some of the best paddling in the country. Between the Boundary Waters Wilderness and Voyageurs National Park, you could probably kayak or canoe a thousand miles worth of lakes, rivers and rapids. Also, the headwaters of the mighty Mississippi River are at Itasca State Park.
#3 Mojave National Preserve, California

Mojave National Preserve is California's forgotten National Park. It has all the wonders of Joshua Tree and Death Valley and yet remains off the grid for most travelers. The preserve is rich in Western history with the Kelso Depot which served as a resupply stations for the Union Pacific Railroad and was essentially the oasis of the Mojave. Just south are the Kelso dunes which are the 3rd largest sand dunes in North America. To the North are the volcanic Cima Dome and Clark Mountain. Clark Mountain, which is visible on I-15 on the way to Vegas, is actually a substantial mountain which supports many rare species of flora and fauna that take advantage of its elevation and cooler environment. In the dead center of the park there is Hole-in-the-Wall Canyon which is a unique site. Wind and water erosion have created a canyon with a beehive-like appearance that draws curious hikers. Lastly there's the Michell Caverns which is a large limestone cave located near the canyon. Truly a gem of the Mojave Desert.
#4 Northeast Kingdom, Vermont

I've been gushing praises about Northeastern Vermont ever since I visited this place for some fall foliage hiking. I'm thoroughly convinced that this is the best-kept secret of New England for everything outdoors. Other than being a stellar hiking destination, its also a ski/snowboard and paddling destination. This is also where I first heard about the Northern Forest Canoeing Trail which is a 700+ mile long water trail from New York to Maine. Both flat-water and swift-water paddling are in abundance throughout the "N.E.K." While neighboring  New Hampshire is crawling with folks trying to bag the 48 4,000-footers and people car-touring the White Mountains, Northeastern Vermont will always be free of crowds.
#5 Eastern Oregon

After a couple weeks spent in Bend, Oregon, I've determined that Eastern Oregon is one of the few places that I'd be content to settle down in someday. Its an enchanting place that's been shaped by volcanic forces. The Newberry Volcanic National Monument, outside of Bend, is a perfect example of the nature and geology of the Cascades with lava buttes, lava tubes (caves), and miles of petrified lava flows. The numerous lava caves have generated a thriving spelunker society throughout the region. The rugged Deschutes River carves its way through this once-violent landscape and holds some epic white-water rafting and day hiking opportunities. Its also has a credible claim to be the Mountain Biking Mecca of the Pacific Northwest- there are hundreds of trails. As you travel further east from the Cascades, you will encounter bizarre and stunning sights such as the above-pictured John Day Fossil Beds. Also, "Hell's Canyon" on the Oregon-Idaho border is the deepest canyon in the US- 7,000ft deep. I could spend a year drifting around Eastern Oregon and not see the same thing twice.

Nevada has the most mountain ranges, the second-largest National Forest, a large number of wilderness-designated areas and the absolute best stargazing in America. I know I'll probably be exploring (and blogging!) the Silver State until I die- there's just too much to see. While most people envision a trip to Vegas when they think about traveling to Nevada, it would be a shame if you only saw the Strip. First off, there's Tonapah, Nevada which is the undisputed king of American stargazing. There's also Valley of Fire State Park outside of Las Vegas which has incredible natural anomalies such as natural arches and rock sculptures. Hobgoblin Playground in the extreme southeastern part of the state is simply alien. Cathedral Gorge is a similar location with alien-like rock formations. Speaking of alien, why not try and get a glipse of the infamous Area 51 by *legally* hiking Tikaboo Peak. Again, its the only *legal* view of the military base! Great Basin National Park, the Ruby Mountains, Highway 50, Pyramid Lake... I could go on forever!!
#7 The Upper Peninsula, Michigan

If you ever travel to Michigan and don't see the Upper Peninsula, then SHAME ON YOU! The Northern Shores of Lake Superior are rugged and full of waterfalls. It is the pride and joy of the Great Lakes State! The very friendly and proud people of the Upper Peninsula (da "U.P.) are extremely welcoming to visitors. Along its 1,700 miles of coastline, there are hundreds of beaches and cliffs. The best location for hiking the coastline is Pictured Rocks National Lakeshore which is best hiked in the spring when seasonal waterfalls are flowing. Also, the short but steep Porcupine Mountains are challenging to hike. Truthfully I've only begun to discover the wonders of the Upper Peninsula but it is towards the top of my list on places I want to return to.
#8 The Northern Cascades, Washington

The North Cascades National Park is another place which I've only skimmed the surface of its wealth of adventures. Its one of those rare locations where every photo of it looks Photoshopped. With hundreds of glaciers and their emerald-green lakes, this park is the "Glacier National Park" of the Pacific coast. It also feels a lot like Alaska- there are towns that are only accessible by float plane, hikes that take you far from any civilization, and ancient mountains that would take decades to conquer. They also differ significantly from other parts of the Cascade Range because they are not volcanic. To me, the range felt more akin to the Sierra Nevada than the Cascades. At any rate, at just an hour and a half outside of Seattle, you would think it would be a more popular park but its overshadowed by Mt Rainer and Olympic National Park. Whatever your disposition, whether you're a glacier-climbing peak-bagger or just a quiet day-hiker, the North Cascades will suit your desires.

Well that's a wrap for what I've explored! There are many locations that I haven't been to that could also make it on this list such as Arkansas' Ozarks, the Wichita Mountains of Oklahoma, the Sky Islands of extreme Southeastern Arizona, the New Mexican Rockies.... so much to see, so little time... I'll be exploring this country until the day I die!

Nice post once again! The place I want to get back to is Ouray Colorado and the San Juan mountains. I was there once and it was an unexpected surprise. I want to go back and explore.

Thank you! I'd love to make it back to the San Juans myself- I've only briefly hiked in the surrounding areas

Using a camera appeases the anxiety which the work-driven feel about not working when they are on vacation and supposed to be having fun. They have something to do that is like a friendly imitation of work: they can take pictures.

Hello,
I came across your website and found your articles on travel interesting. I just had a couple of questions so if you could e-mail me back that would be great!