This adventure was a recent discovery for me and until about a month before I did it was completely unknown! The Topock Gorge is a spectacular section of the Colorado River that is just South of Interstate 40 as it crosses the Arizona-California border. The river winds through a deep gorge and gets a clear, emerald color which contrasts with the surrounding desert. Along this river paddle, you will see two-hundred foot sand dunes, 300 foot canyon walls, a plethora of migrating birds and the rock formations for which the town of Needles is named after. 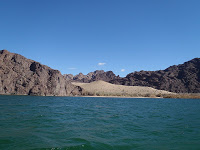 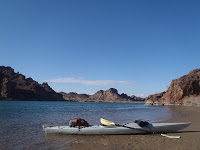 (Left: Sand Dunes and the Needles, Right: A serene place to kayak)
This is one of the more peaceful places I've ever kayaked. Its river paddling so when you're with the current, you can just let yourself drift and enjoy what there is to see! Most will chose to start near the I-40 Bridge into Arizona. From here, The Devil's elbow is the most scenic section with massive cliffs and a beach or two. You might also spot a couple of the unnamed arches along the river as you float down. Eventually you will move into an estuary-like section before Lake Havasu. This is where you're bound to see the most wildlife. Even when you finally reach Lake Havasu, its mostly pleasant lake paddling. Don't forget to kayak under the actual London Bridge in Lake Havasu City!


My Kayak Trip on the Topock Gorge
#12 Hike the Cactus to Clouds Trail, San Jacinto, California


There are only a few other challenges that compare with completing the Cactus to Clouds Trail in a day. Its a vertical marathon- over 10,000ft of elevation gain in 16 miles. Starting at the Palm Springs Art Museum at 500ft, the trail meanders through 3 different climatic zones as it gains elevation. Topping out at summit of San Jacinto at 10,834ft may be one of the biggest accomplishments a day hiker can do. From the summit you can hike down to the aerial tramway 5 miles away which will take you down the mountain and avoid the extra descent. 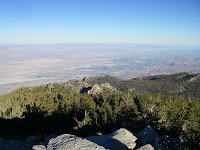 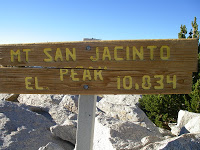 (From cactus... to clouds!)
Those who wish to complete the C2C trail should know it is a logistical nightmare. There is a very small window of opportunity when you can complete the trail- autumn is the best season. You HAVE to hit the trail BEFORE 3:00AM. This is ultra-critical; if you wait any longer, the desert heat will incapacitate you somewhere halfway up the mountain. Also, for the first 11 miles of the trail there are NO WATER SOURCES! Literally bring a gallon and a haft of water and some form of electrolytes. People have died attempting this trail and every year Search and Rescue pulls dehydrated hikers off the mountain. The elevation is also serious- drink an insane amount of fluids and don't forget your cold weather gear for the summit.


Guide to Hiking the Cactus to Clouds Trail


I could go on forever about the glories of Southern Utah but I'd recommend you see it yourself with the Grand Circle Tour. This is an informal name to the area in Southern Utah, Northern Arizona and the four corners area in southwestern Colorado and Northwestern New Mexico. Here you will find the greatest concentration of National Parks on Earth! Five of them are in Utah, the Grand Canyon is in Arizona and then there are other sights such as Monument Valley and Antelope Canyon. It would take perhaps a month to really see everything! 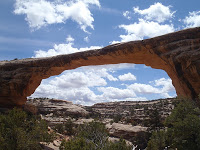 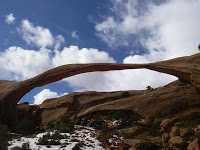 (The greatest concentration of arches and natural bridges)
The Grand Circle has magical, almost mythical feel to it. Ancient cultures derived ways of "waterless farming" in arid parts of the desert. Remnants of once-tall rocky mountains are preserved as monoliths in Monument Vally. Three foot wide canyons will be hundreds of feet deep. It really is a part of the country that you could disappear into. It is by far my favorite part of the country and I return to it every year for adventure and solitude.


The Flume Trail of Lake Tahoe is starting to gain the kind of notoriety that Slickrock is in Moab- its a mountain biking classic and single track nirvana! The reason for this trail's fame is because it used to be a log-flume that was cut directly into a cliff. When the log flume was taken out, it was turned into a trail and has evolved to become a mountain biking trail. It will certainly test your grit! On one side you have a several hundred foot drop and on the other you have a sheer cliff face. The trail is just wide enough for handlebars.... hold on tightly!!! This trail is located in Lake Tahoe State Park, Nevada.


North Dakota... the other Dakota! Yes, this little known state is one of the greatest adventure states I've ever been to. If you've been following me, you might have seen my recent posts about how fascinated I was with this part of the country. In the western part of the state there are limitless possibilities! Like hiking? There's Theodore Roosevelt National Park. Like mountain biking or riding? There's the Maah Dey Hey trail. Like kayaking? There's the Little Missouri River. Like wildlife? Well... then you'll like North Dakota! There are way too many adventures to be listed here, but here are some guides and my page on the state-
Why I Love North Dakota and Why You Should Too
The Maah Dey Hey Trail- Long Distance Riding/Hiking Trail


Read. Plan. Get Out There!