Lehman Caves, Great Basin National Park, Nevada In an effort to beat this current heat wave, it might be a good idea to take up some caving this summer! Caves almost always at a constant, cool temperature throughout the year- even in the summer! But beyond cooling off, caves are one of the most protected...

In an effort to beat this current heat wave, it might be a good idea to take up some caving this summer! Caves almost always at a constant, cool temperature throughout the year- even in the summer! But beyond cooling off, caves are one of the most protected natural feature in America. Every cave in the country is protected by law and most are preserved by some type of National or State Park.
This list is based on my own experiences as a novice caver and my impressions of topside adventures. For example, I liked Jewel Cave better than Wind Cave in South Dakota. However, I enjoyed the general area around Wind Cave more than Jewel Cave.
So here we go! 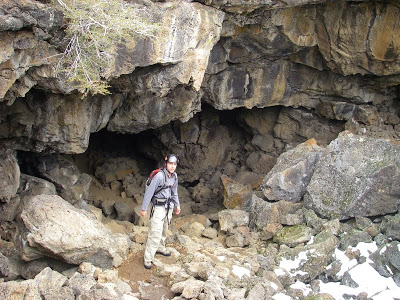 #1 Lava Beds National Monument, California
To me, Lava Beds is by far the best place for caving in the West Coast. This is because there are hundreds and perhaps thousands of caving options and you don't have to go on a guided tour! I love that! Additionally, there's a full range of technicality in caving. If you're completely new to caving and want to try it out, there's Indian Wells Cave d This is a lighted and wide cave that introduces you to the concept of a lava tube. There's also a couple other caves which are for the novice caver. Sentinel Cave is another good start. Looking for a bigger challenge? You can try the most difficult cave in the park- the 6,900ft long Catacombs Cave which will really test your grit and subterranean navigation. 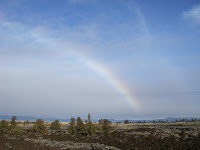 Caving is just one part of this national monument. It also has several great hiking trails and is a highly significant archeological and historical site. You can tour sites of the Modoc Indian War and see the natural fortress known as Captain Jack's Stronghold.

﻿ #2 Lehman Caves, Great Basin National Park, Nevada
The Lehman Caves of the Great Basin contain the richest collection of unique geological formations. This is my favorite cave I've ever toured. Pictured above are the famous Parachute Formations which are a type of cave shield. Its difficult to explain, but the formations found in caves can vary from location to location and depending on the rocks. The Lehman Caves are endowed with rare formations such as "cave shields", "cave bacon" and massive stalagmites. Although you must go on a guided tour, the group sizes are usually small and the rangers take you deep into the caverns. Cave Tours are offered daily for $8 to $10 dollars depending on which tour you take. 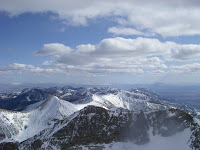 Adventures beyond caving are equally enchanting. Great Basin National Park is a park I just can never get enough of. Its a real wilderness, quite unlike the highly commercialized national parks you might be more used to. Wheeler Peak, the tallest mountain fully in Nevada can be climbed and you can see Nevada's only glacier. Lastly, you can see ancient bristlecone pine trees, the oldest living organisms. Of course, you could always do the nearby Roadtrip of the Loneliest Highway in America! 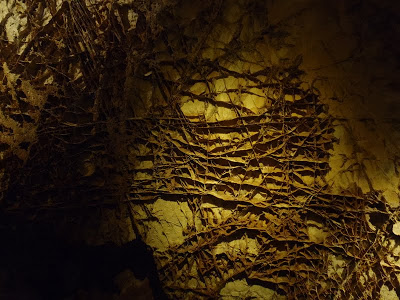 
I toured both Wind Cave and Jewel Cave back to back when I was in the Black Hills of South Dakota. Both caves are incredible formations. Jewel Cave and Wind Cave are the 2nd and 4th longest caves in the world, respectively. What's fascinating to learn is that Jewel Cave is contained within 3 square miles and Wind Cave is contained within 1 square mile! How long is wind cave? 130 miles... and counting! Scientists estimate that only 5-10% of the cave has been explored! The National Park service does offer several cave tours which range from simple, short walks to the wild cave tour. A hardcore spelunker might not like it, but the wild cave tour does involve some legitimate caving techniques! Old Timey Candlelight Tours can also offer a thrill! 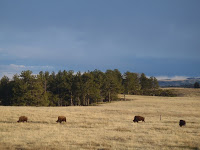 The Cave is great but if that's the only thing you do, you're missing out on the full experience. Wind Cave is actually a large national park that contains 30 miles of hiking trails. I saw a substantial amount of wildlife in the park- bison herds, white tale deer, elk, and wild turkeys! The prairies and Black Hills of South Dakota are as natural and unspoiled as land can be.
﻿
﻿#4 Jewel Cave National Monument, South Dakota

Jewel Cave is the bigger brother of Wind Cave and is a far less toured As a cave in itself, I would say that Jewel Cave was more fascinating than Wind Cave. There was more variety of formations and a lot less people on the tours. The tours showcase a good portion of the cave but it would take months, even years to explore all 151 miles that are currently discovered! Again, scientists estimate that only 2-5% of the cave has been mapped! Imagine how large it would be if we knew everything about it! Imagine what its like to discover a new section of the cave never seen  by human eyes before! The Discovery Tour is a great and shorter introductory caving tour if you're somewhat nervous about being down in a cave. The Scenic Tour is much more bold and its a longer tour. Lots of exploration and stair stepping! Lastly, there's the Wild Caving Tour which is another legitimate spelunking trip led by the National Park Rangers. 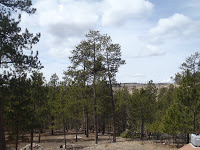 Surface activities are more limited in the National Monument. There are two hiking trails through the small canyons contained in the park. Its a pretty area, but I'd recommend hiking around the prairies of Wind Cave over Jewel Cave.
Jewel Cave or Wind Cave? Which is better? Herein lies the great question of the Black Hills! I actually get this question pretty frequently and it depends on your tastes. I would rate the caving experience of Jewel Cave to be better than Wind Cave; more variety of formations and the guided tour takes you deeper in the cave. I still enjoyed the tour of Wind Cave however! Plus, as a national park, the hiking trails and surface activities are unique. Its rare that you can see completely natural prairies alongside pine forests in the midwest. You can see Wind Cave and Jewel Cave in a day if you're ambitious enough!
#5 Oregon Caves National Monument, Cave Junction, Oregon

Oregon Caves is located in the thick forests of Southern Oregon almost on the California boarder. This cave is one of the oldest National Monuments in the United States and just celebrated its 100 year anniversary in 2009! The Oregon Caves have some fantastic "banana grove" like formations that reminded me of hanging bats. It is a marble cave which has led to different characteristics than some of the other caves I've mentioned. What I thought was particularly interesting was that 100 years ago, the workers who put in the stairs and trails actually signed their names one the cave. The signatures have become permanently crystallized over time and are now covered in a translucent layer of rock! Talk about leaving your mark! Of course, this type of behavior is now criminal, but it does allude to the history of the cave! Cave Tours are pretty extensive and cover some significant ground. 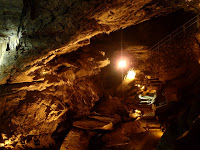 The caves are within a thick forest that is similar to the redwood forests of nearby Crescent City and the hiking is pretty decent! In the winter the caves are closed so hiking is the only activity available in the park. The historic Chateau has a frontier look and feel to it and is worth checking out! It is somewhat of a relic from the age before road-trips when people stayed here for longer periods of time.
I hope that gives you a good start! Remember that every one of these parks has options for beginners to advanced cavers! Although most cavers are more fond of the east, the West has some of the most well-preserved and unspoiled caves in the country.

Best Caving in America: Part II
Read. Plan. Get Out There!