Mt Arvon, at 1,979ft is not a very tall point when compared to other state high points. However, it is set in an extremely vast wilderness of the Upper Peninsula of Michigan and is a fine destination for peakbaggers and casual travelers alike Looking towards the Keweenah Peninsula  In the past Mt Arvon has garnered...

Mt Arvon, at 1,979ft is not a very tall point when compared to other state high points. However, it is set in an extremely vast wilderness of the Upper Peninsula of Michigan and is a fine destination for peakbaggers and casual travelers alike
In the past Mt Arvon has garnered fame in the climbing world not for it's technical difficulty but for its route finding. A veritable maze of backroads and logging roads traverse its summit. People would have to track down the obscure USGS maps of the area and rely heavily on their car's odometers to make it successfully to the top. These days the L'Anse-Baraga Area has embraced the significance of Mt Arvon and placed numerous signs on those logging roads to make the trip more obvious.

I should give particular thanks to the kind folks at the Baraga County CVB who provided me with maps, directions and a completion sticker for my trek to the top. They were so welcoming to this Illinois flatlander! After I did summit, I spent a lot of time checking out the area and camped out on the shore of Lake Superior. 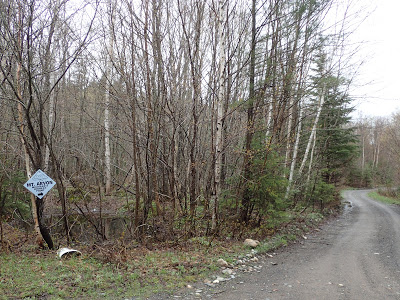 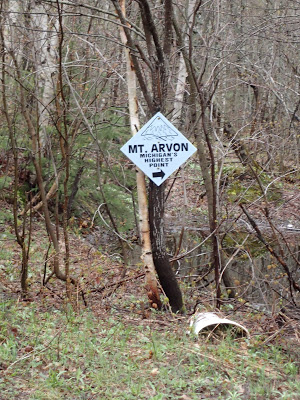 I should note that I was driving a normal clearance sedan up these roads and felt fairly comfortable up until the last mile. Directions were very clear,thankfully. Generally speaking the roads are in fair condition and there's enough traffic on them that they don't get terrible ruddy. However I was thankful I had the mountain bike as the road gets very steep for a 2 wheel drive vehicle in the last mile.

Whether you decide to drive it or hike the last mile, the scenery starts to open up at the saddle. There's a pleasant wilderness lake near the summit which I presume to be the highest lake in Michigan. Finally there's a small parking area and a 200 yard trail to the summit registrar. 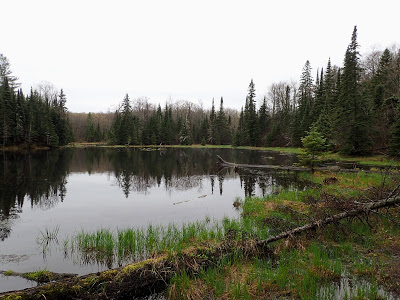 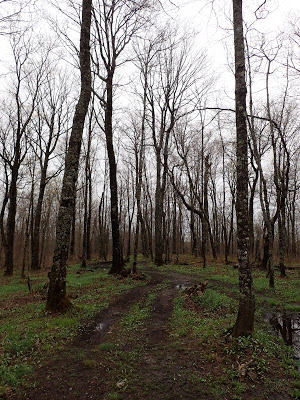 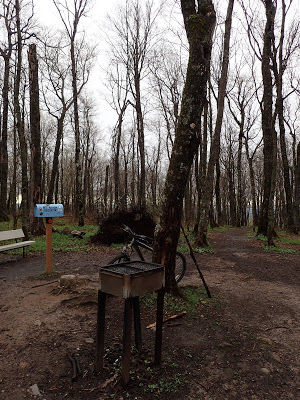 Summer, I discovered, is a very narrow season this far North. Even in the early summer, the temperature at the top was 31 degrees in the evening and there was ice on the trees. The upside of this was that the foliage had not come in yet and I had completely unobstructed views of Lake Superior and the saw-toothed mountains of the Keweenaw Peninsula. That's almost 50 miles away! In spite of the chilly temperatures, I was in awe! 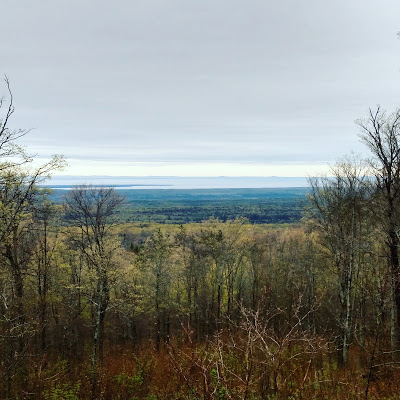 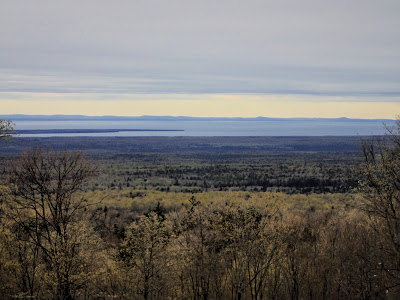 In the foreground of the photos above, the tip of the Abbaye Peninsula is visible. The horizon has the sawtooth profile of the Keweenaw Peninsula's volcanic mountain range. Lake Superiors incredible vastness can be appreciated at this high point as well.

I was nervous at first at attempting to navigate all those roads to get to the summit but the effort was finely rewarded. The next day I returned to the L'Anse Visitor's Center and they gave me a sticker and competition certificate, not to mention the copious amounts of suggestions for other places to visit. Although it was not originally on my travel list, they convinced me to see the Sturgeon River Gorge Wilderness as well as Canyon Falls and I'm so glad they did!

My campsite that night in L'Anse was ever so special- 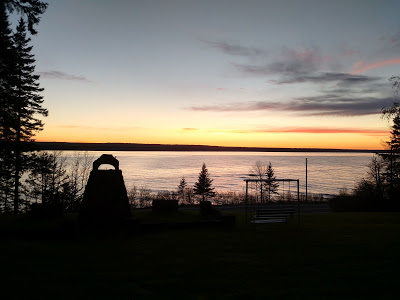