At the northern Terminus of my journey through the Upper Peninsula of Michigan, arrived at to Copper Harbor. I’ve known about this place for many years as a mountain biking destination, once I finally arrived I was filled with anticipation.  By the end of my weekend, it was clear why this place has become an...

At the northern Terminus of my journey through the Upper Peninsula of Michigan, arrived at to Copper Harbor. I've known about this place for many years as a mountain biking destination, once I finally arrived I was filled with anticipation.  By the end of my weekend, it was clear why this place has become an international destination for mountain bikers. 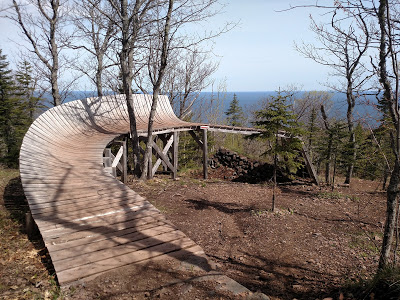 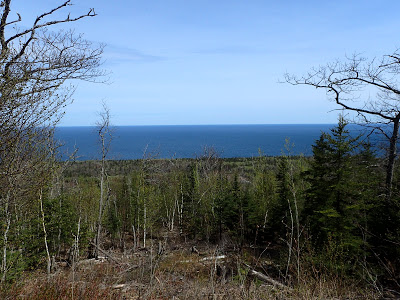 The Keweenaw Peninsula could be accurately described as a peninsula within a peninsula. Located at the northernmost part of Mainland Michigan, it creates a jack-knife like landform on Lake Superior. Sawtooth-like mountains sharply rise above the glistening blue lake with tiny harbors along the shoreline. The geology of the mountains strongly favors the development of copper, and the first mining boom was in 3,000 B.C. Prior to European contact, Native Americans mined and traded copper that made its way across the continent. Subsequent copper booms have long exhausted the resource but a new one bloomed with the advent of outdoor travel. I've dreamed of coming here since I first visited the upper peninsula nearly six years ago. 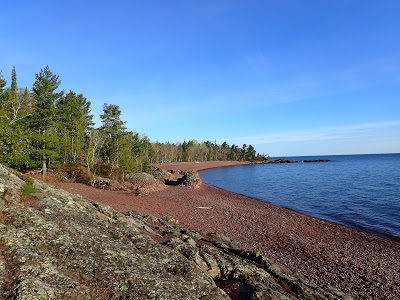 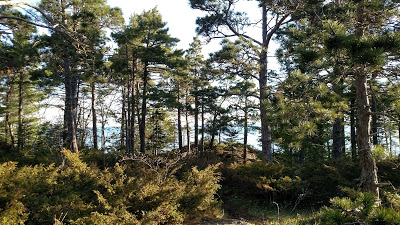 I could have spent weeks exploring the peninsula but what drew me to visit this time where the Copper Harbor trails.  The IMBA “Epic Ride” status is a rarely given award to a system of mountain biking trails that has an outstanding variety of novice to expert trails and is worth a visit from anywhere. To me an “epic ride” is like a magnet. I’ve ridden close to 20 trail systems in the country that, at one point or another, have achieved this designation. 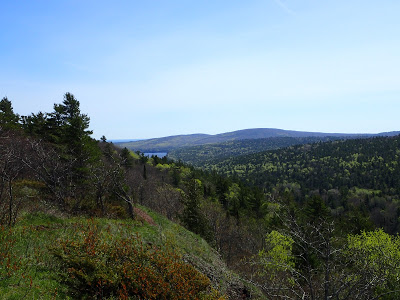 Copper Harbor seems to live and breathe mountain biking in the summer. Most of the hotels will be filled with the mountain biking crowd. Keweenaw Adventure Company Is the premier Outfitter and information center for all things biking in the upper peninsula and they were enormously helpful in acquainting me to the area.  Additionally they run a mountain biker shuttle during the summer months which makes the area essentially like a ski resort. You can spend a whole day doing downhill biking!

My first uphill ride was “The Flow” which is a classic. Even in the early summer, most of the foliage had not come in yet and there were views in every direction. The trail was not a terribly difficult uphill or downhill ride though it helps to have a full-suspension bike. I caught a few glimpses of “Overflow” which is a far more difficult ride that I’ll have to try in the future. 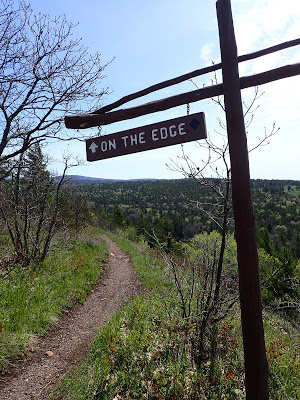 Trails on the west side converge at the “summit” of Brockway Mountain Drive, itself a panoramic viewpoint. It’s easy to forget you’re still in the midwest with a view like that!

From here, I cruised down “On the Edge” which was my favorite trail in every respect. The scenery is unparalleled- I almost went off the edge myself admiring the views! Further down, it has a network of corkscrews which challenged my abilities. I’m sure better bikers have a field day on that section of the trail. 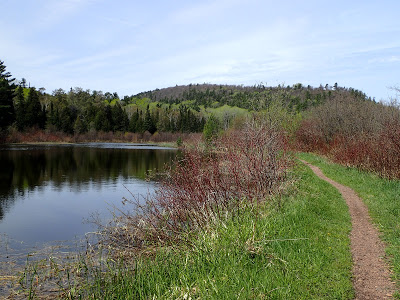 Whoopity Woo and Garden Brook Trails are fairly standard “blue squares” which are less challenging but flow-y and relaxing. All of the blue square trails on the south-eastern side of the park were pleasantly challenging.

It’s a really neat scene this far up North. I met a mix of locals from around the peninsula and folks like me who had traveled great distances to be here. Overall, people are courteous and friendly. I do not ride with nearly the tenacity that people who mountain bike all the time do but nobody was rude or impatient with me on the trails. 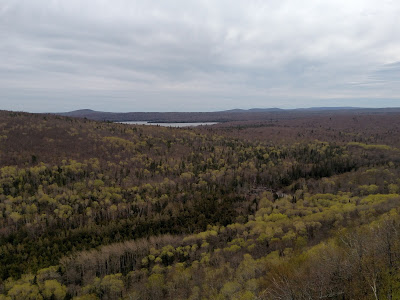 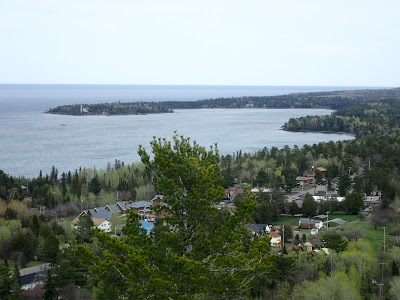 After a half or full day of riding, one can’t miss Brickside Brewery at the edge of town for local brews. Pines Resort also had a public tavern with plenty of Michigan spirits. Although I was only able to spend two days here, I could have easily spent a month.