After spending a relaxing 4 days in the famous Door County, I turned my sights North.  The great Northern Highland of Wisconsin keenly remind me of the wilds of Maine. Though not high in altitude, it is quite rugged. The sentinel of the Northern Highlands is Rib Mountain near Wausau.  Rib Mountain is perhaps one...

After spending a relaxing 4 days in the famous Door County, I turned my sights North.  The great Northern Highland of Wisconsin keenly remind me of the wilds of Maine. Though not high in altitude, it is quite rugged. The sentinel of the Northern Highlands is Rib Mountain near Wausau. 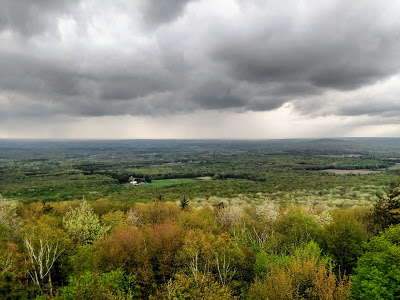 Rib Mountain is perhaps one of the true mountains of the Midwest. It rises 700 ft above the surrounding terrain to a height of 1,942ft- Just 9 ft shorter than the highest point in Wisconsin, Timms Hill. Unlike Timms Hill, Rib Mountain’s jagged summit has substantial prominence. It would be a great place for a hike!

There are several ways to get to the summit. It is a state park so it is possible to drive to the summit and walk the five minutes to the fire tower. In the winter, the largest ski area in Wisconsin runs list to the summit. None of these would satisfy me period I would have to climb from the bottom!

The “Summit Trail”  begins just outside of town at the end of Grouse Lane. there is not a formal sign or a parking area. Most people prefer to just park at the end of the dirt road. There are signs for the turkey vulture trail which is a loop that includes a vista above the Quarry. I would say that it is important to have a map of the area because there are several heard paths, hunting paths and other trails that are not well marked and don't lead to the summit. About two hundred yards after the trail leaves the end of the dirt road, there is a turn off to the left that brings you further up the mountain by the Homestead Loop Trail. From here, the trail steadily climbs up Rib Mountain, passing by several Pleasant streams. After 4 tenths of a mile, the trail Forks again and  both directions are part of the homestead Loop. Making a left turn (or heading south to be more precise) Is the way to the summit. The trail continues for a quarter of a mile before intersecting the Quarry Trail. Here, you want to head Southeast or left. In another hundred yards, the trail again intersects and you want to continue left or East. 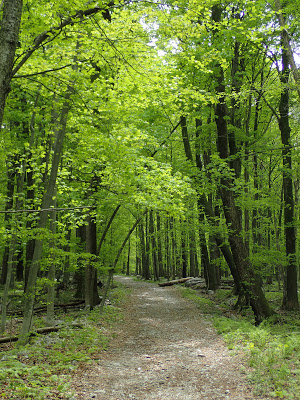 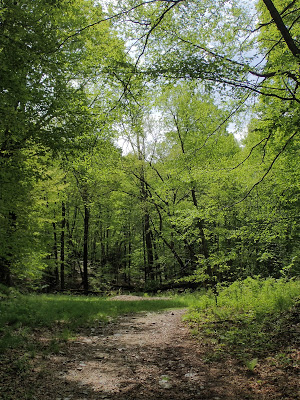 At this point, you start encountering some fantastic views.  Unfortunately the trail becomes even more confusing. You are no  more than a quarter of a mile from the summit itself though be prepared for several side trails and unmarked paths. I believe these are hunting Trails.  I generally skirted around the talus slopes close to the summit which brought me some what North and then East. Eventually I intersected a paved trail and was on The Summit in no more than 5 minutes.

The summit itself has a public fire tower which should absolutely be climbed. At the top is one of the greatest views in all of the Midwest. The city of Wausau can be plainly viewed- considered the regional hub of Northern Wisconsin. The famous waters of the Wisconsin River can be seen to the north and east. The southern view includes a view of the three other Monadnocks in the area.  Then there is the Southwest view which has miles and miles of Wisconsin farmland and forests. It is a special treat. 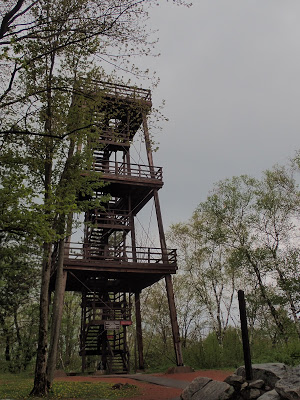 The fire tower is not the only point of interest on the summit. The two massive outcroppings are fun to scramble upon. It should be noted that these are some of the oldest exposed rocks in the United States. The true natural Summit is at the top of the larger rock outcropping.  Interpretive signs and nature trails are also abundant.

In true upper Midwestern fashion,  there is Paul Bunyan lore in every single parcel of land. Some would say that Rib Mountain is the burial place of our famous face of Americana. It is a fantastic hike and much different than what you would expect in the Midwest. If you're on your way “up North” or “up Nort”, it can’t be missed!