I suppose it only makes sense that everyone associates winter in California as time for skiing and snowboarding. I won’t deny how that was essentially the way I was raised. But after a decade of adventures (and a few sufferfests) I’ve been every bit as active in the winter months as the rest of the...

I suppose it only makes sense that everyone associates winter in California as time for skiing and snowboarding. I won't deny how that was essentially the way I was raised. But after a decade of adventures (and a few sufferfests) I've been every bit as active in the winter months as the rest of the year. Now that California is home for me, I'm looking forward to getting back to all the places that I remember fondly during this time of year. 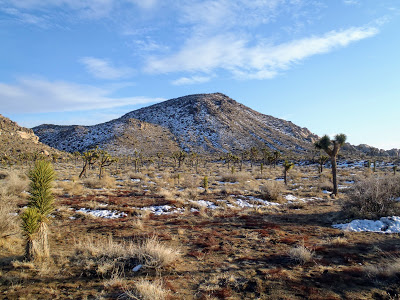 Snowy High Desert Glory
Oh I know that everyone likes to go to Joshua Tree in the winter but its such a massive park that its easy to get solitude, especially when you get off trail. An added benefit of being in the park during the winter is the off-chance of seeing snow on the Joshua Trees. The northern end of the park tends to be at a higher elevation and therefore have more of a chance of this ethereal sight. Some memorable hikes I've done in the winter include the 3 mile, strenuous hike up Ryan Mountain (pictured above), a cross country trip across the Pinto Basin and hiking Quail Mountain, the park's high point.
Over last summer I did get a good anchor-building class in Devil's Lake, Wisconsin so this winter I hope to get more rock climbing in the park. I'd love to also love to check out the Coxcomb Mountains which is the most remote section of Joshua Tree. That trip might take more time and planning than I have currently!

The Colorado Desert of California
Further South and at a far lower elevation, Anza Borrego State Park is almost always temperate in the winter. People wait in eager anticipation for the spring wildflower blooms but why not just go in both seasons? Anza Borrego is the largest state park in California and the country (other than Adirondack Park) and we've never been bored here! A trip to the park would be incomplete without seeing the Slot Canyon (pictured above) which is a very easy hike. I actually can't believe I've never been to Fonts Point which frequently shows up in photographer's galleries.  The Pictograph Trail is another favorite of myself and many other travelers to the area.
New destinations I'd like to see? Well now that I have an actual 4x4 high clearance vehicle, I'd love to finally see the Wind Caves. This would take a great deal of luck and good timing but I'd also love to finally see Desert Bighorn Sheep in the wild. After all the hiking I've done, I've never seen Bighorn Sheep in the wild! 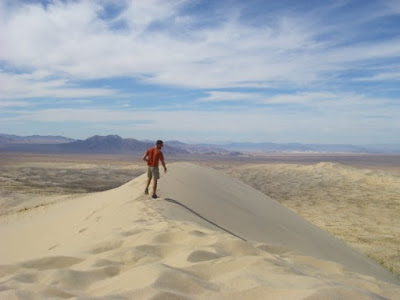 California's Forgotten National Preserve
Everyone's aware of Joshua Tree and Death Valley and most are familiar with Anza Borrego. What always surprises me is how obscure Mojave National Preserve has remained in spite of having many features that would otherwise draw travelers far and wide. I've spent a lot of time at the Hole-in-the-Wall area which has one of my favorite short hiking loops through it's namesake. Kelso Dunes (pictured above) are some of the tallest dunes in the country and you can see for miles atop their 600 foot "summit". A terrific excitement to me and I'm sure several other desert travelers is the re-opening of Mitchell Caverns and Providence Mountains State Recreation Area. The Mitchell Caverns are a fantastic cave destination with easy guided tours. Formations throughout the caves certainly play to the imagination.
Mojave National Preserve is actually far larger than Joshua Tree National Park with over 1 million acres under their jurisdiction. I've never been to Clark Mountain which is the tallest point in the park. Other than that factoid, it is a "sky island" meaning its tremendous relief above the surrounding desert creates a rare biome this far from any major source of water. Cima Dome and the surrounding lava beds add some geologic masterpieces to the stark desert surroundings. 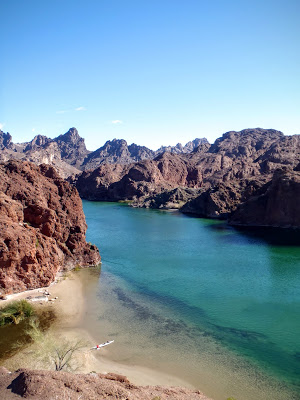 The Colorado River though California
One of my most iconic trips in a kayak has been kayaking the Topoc Gorge along the Colorado River. Its almost an unreal feeling to be kayaking down such a vast river in an otherwise hyperarid environment. Between Lake Havasu and Needles, California is a fairly rugged gorge that stretches for about 20 miles. There are no rapids although the water can be somewhat swift at times. But if you put in at the small marina at Topoc, you can have have a fantastic paddle with minimal effort. I really hope I can make it back here sometime this winter! 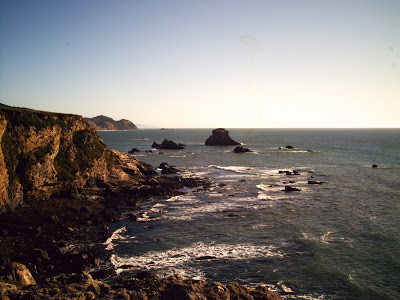 The North and Lost Coasts
Point Reyes is the glorious gateway to California's rugged North Coast. Its funny to think how sparsely populated such a scenic place is. Once you cross the Golden Gate Bridge, there is not a single town of greater than 10,000 residents until you get to Eureka which is 300 miles North on PCH. I've always referred to Point Reyes as the "Cape Cod of California". Places I've never  been include the equally exposed Cape Arena as well as the famous "Lost Coast". Located in King Range National Conservation area, the Lost Coast is famous for the attempted but ultimately unsuccessful construction of PCH through a profoundly remote section of the coast. What was left is a backpacking trail that stays so close to the shoreline that it is mostly dependent upon favorable tides for passage. There are few places on either coast that hold so much opportunity for wilderness solitude. 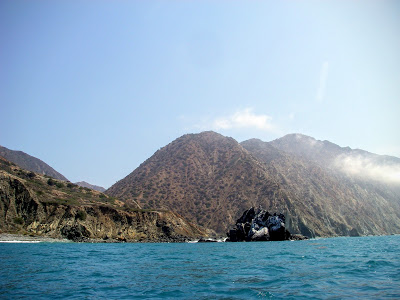 The Channel Islands
Though my most beloved island is Catalina, there are five other Channel Islands that can be visited. Of those considered to be part of Channel Islands National Park, I've only been to Santa Barbara Island, where I was able to go kayaking and hiking. The opportunities on Annacapa, Santa Rosa, Santa Cruz and San Miguel Island are boundless as well. Part of me would like to travel way out to San Miguel Island which is the furthest exposed and quite remote. However, Santa Rosa Island has the most number of hiking trails and is as expansive as Catalina with respect to outdoor adventures as a whole. 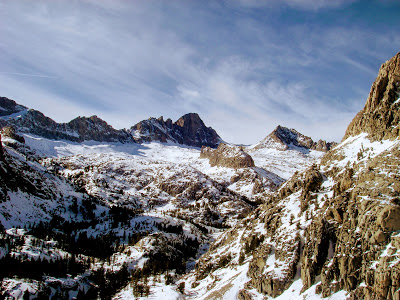 Winter Mountaineering in the High Sierra
Finally back in a place where I have easy access to high alpine adventures, I just can't wait to break out my winter gear for some Sierra Nevada trips. I remember when I was younger I took some fairly foolish trips deep into the Sierras and came up empty handed for summits. There's a lot that can be learned from such trips and 8 years later I'm hoping I've picked up a thing or two by being a bit more prepared. Mt Williamson, or the second highest peak in California, is a destination I'd love to get to in the winter. I'd also love to return to the Palisades a bit more prepared than the last time I was out there in 2009 and ended up post-holing in waist deep powder. I might try an attempt at Mt Dana this year although even a simple trip to Yosemite Valley in the winter would be worth it. Come late February or March, it will be hard for me to avoid being in the Sierras every weekend.
Will I make it to all these destinations? I sure hope so!

New England Fall Foliage Tips that Aren't in the Guidebooks