Up over the West Virginia mountains and down into the Shenandoah Valley... that is how I got down here! I stayed the night in the cool town of Harrisonburg and was up early to check out what I could see at Shenandoah National Park. The park is very close to millions upon millions of people so I was not expecting the solitude that I had there in West Virginia. It is just a different experience all together. For somebody who craves solitude and wilderness, I found myself having a surprisingly good time in a rather crowded park.

Entering in from about midway along the Skyline Drive, I made my way north. I'll always prefer trail to highway but the Skyline Drive is a true masterpiece in the way of roads. It hugs the mountainside and has dozens of areas for pullouts and short hikes. I'm sure that somewhere this is ranked as one of the best drives in the world.


The Appalachian Trail also works its way up and around the mountains in a similar manner. The Virginia section of the AT is the longest of any state but it is well known as being an area where one can easily cover between 20-30 miles of trail per day. This is in stark contrast to the Pennsylvania, New Hampshire and Maine sections of the trail where you could hike from dawn to dusk and barely cover 12 miles. For these reasons, people generally have fond memories of hiking the AT though Virginia. The views are constant and the trail is so well maintained.

Knowing this, I decided to spend the day trail running and I found I could easily cover 15 miles without even feeling very winded. My first peak to bag would be Hawksbill which is naturally, the park high point. Hawksbill just tips over 4,000 feet and is a P2K which makes it a good destination. There is a 2.9 mile loop trail that gives the hiker a good feel for the alpine flora and has several places for views. Even less experienced hikers will find this one appealing. There are a few steep sections but nothing too extreme. The entire Shenandoah Valley unfolds below. 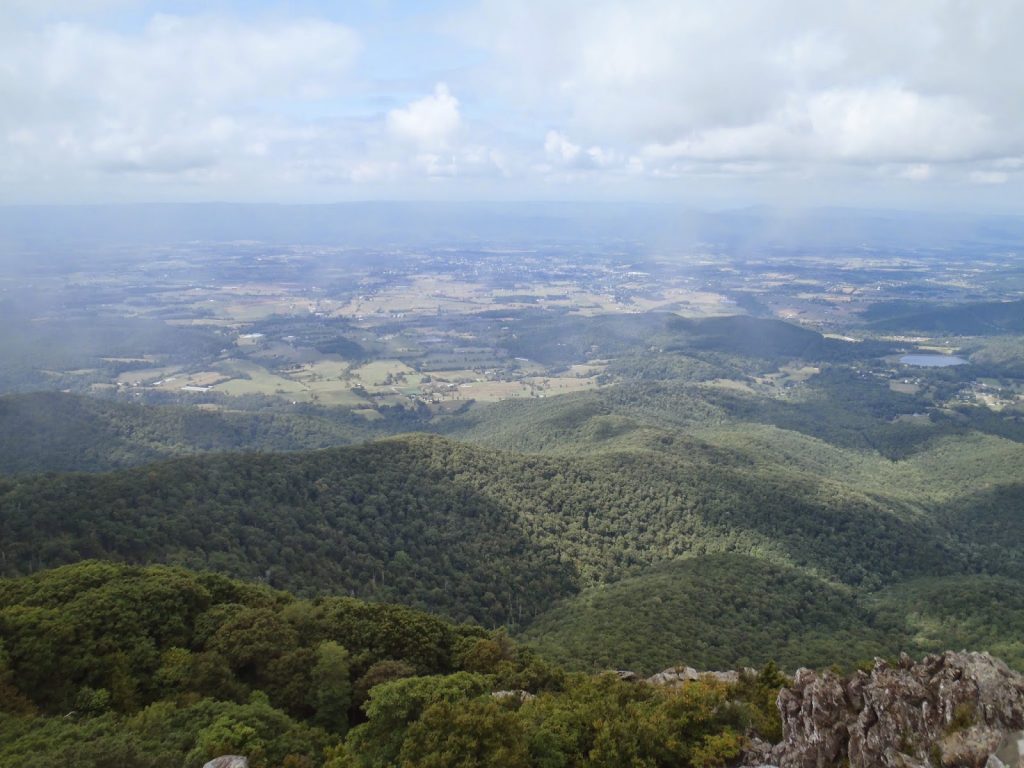 Next up was the easiest 4,000 footer in Virginia, Stoney Man. This is another panoramic viewpoint which can be easily reached from the Skyline Road. It is nearby Skyline Lodge, actually. The summit is about 0.6 miles from the trailhead and there are nature trails which help identify the abundant life surrounding the summit. This one can be done by a novice hiker in less than an hour.

My last destination was actually a Summitpost recommendation. The Eastern States Climbers List contains the general consensus of many climbers from the community on what the most outstanding mountains of the east coast are. Several of them are obvious but some of them are well off the radar of the general day tripper. Mary's Rocks was one of them. It is only about a 3.2 mile hike, round trip but I only saw two other hikers in the area. The view from Marys Rocks was probably one of the better ones of summits on the Skyline drive. I'd recommend this one if you get the chance.
What I did miss on my first of what will be many trips out to Shenandoah was the multitude of waterfalls. I was recommended several, including the White Oak Canyon Falls and Overall Run Falls.  Next time I suppose I'll do those. However seeing the summit of Old Rag from Marys Rocks made me want to bag just one more! I headed over for a sunset hike.