Finding the Best Stargazing and the Darkest Night Skies in America

There they stand, the innumerable stars, shining in order like a living hymn, written in light.  ~N.P. Willis﻿ Finding the darkest skies! North America at Night Stargazing Map  World Atlas of Stargazing Maps  The Best Places in the US to Stargaze ﻿﻿﻿There’s nothing on Earth quite as enchanting as a starry night sky. For me, a...

There they stand, the innumerable stars, shining in order like a living hymn, written in light.  ~N.P. Willis﻿
North America at Night Stargazing Map
World Atlas of Stargazing Maps


The Best Places in the US to Stargaze


﻿﻿﻿There's nothing on Earth quite as enchanting as a starry night sky. For me, a starry sky reminds me of my time in the Boy Scouts when I was learning about constellations and navigation. Way up in the Sierras of California, the night skies are clear enough to see every major constellation and planet. Later, when I was in college, I made my first of many treks out to Utah and was astounded at how clear the night skies were. In Bryce Canyon National Park, I learned that Utah has some of the clearest night skies in the WORLD!  Believe it or not, there is actually a formal rating system for measuring a sky's darkness. So, I would like to provide you with the best places to stargaze!
Nevada: The Stargazing State


If ever a state could be nicknammed "The Stargazing State" it would be Nevada. Bounded by both the Rocky Mountains and the Sierra Nevada Range, the air of the Great Basin is as clear as it gets. Las Vegas puts off a fair amount of light pollution, however the other 95% of the state is incredible. In fact, most of Nevada's night skies are measured to be the clearest night skies that can be seen on land. Tonopah, a tiny town located 200 miles from Las Vegas, considers itself the best location in the country for stargazing. Great Basin National Park, in mid-eastern Nevada, is also hailed as one of the country's best stargazing locations. Great Basin NP is quite a long distance from anywhere, but the Spring Mountains and Fire Valley State Park are all within an hour's drive from Las Vegas.
Flagstaff Arizona, America's first International Dark Sky City


Not surprisingly, Arizona's best adventure city is also one of the country's best stargazing cities. This is one of the few cities in America that has city ordinances to preserve the night sky. Was truely facinating about Flagstaff is that this city had these ordinances in place in 1958, long before it was ever of public concern. The San Francisco Mountains, Wupatki National Monument and Sunset Crater National Monument are excellent places just outside of town that are great for stargazing. 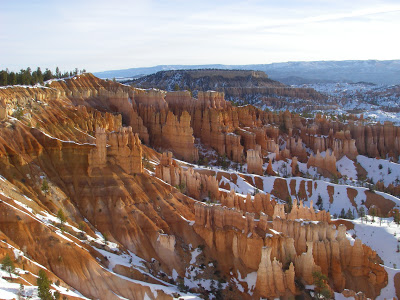 
My first experience with uninhibited stargazing was out in Bryce Canyon National Park. This national park is renowned for its night skies. The national park website (and I!) attest that you can see 7,500 stars on a clear night. Bryce Canyon is also one of the few national parks that has an incredible set of stargazing programs for adults and youth.


One of the things I love about Utah is that the parks treat the dark night sky in the same way they treat natural landmarks like Delicate Arch or Zion National Park. There are active efforts to preserve the sky as if its an environment and visitors can enjoy unhindered view of the Milkey Way and every constellation. You might even find it difficult to even find the North Star!


If I had to rank Utah's National Parks with regards to stargazing, the order would be: Bryce Canyon, Capitol Reef, Canyonlands, Arches, Zion . 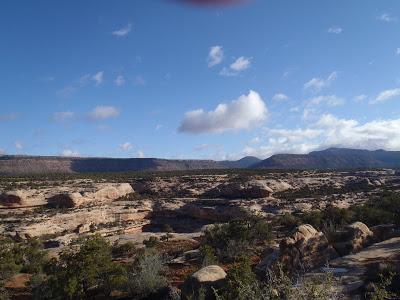 Bryce Canyon is well known, but the best stargazing park in Utah is Natural Bridges National Monument. This park doesn't have the notoriety of Bryce Canyon so its much less crowded. Obviously you have 3 of the longest natural bridges on Earth here but it would be a shame if you only came for the rocks. Camping is permitted within the park and there's pleanty of highway spots along the drive out if you're too cheap to pay for one (like me).


I'm all for renaming Natural Bridges to "Natural Bridges and Night Sky National Monument". It would be more fitting.
Western Maine, the Stargazing Captial of the East


If you live in the Eastern Timezone, there's slim pickin's when it comes to a clear night sky. You're three options for great stargazing are the Upper Peninsula, West Virginia, and Western Maine. I haven't traveled to West Virginia so I can't make a valid judgement on this one. However, Western Maine is just as good as the west! For my west coast readers who scoff at anything eastern, please know that Maine is known as "The Oregon of the East". Honestly, after traveling on both coasts, I find that there are few places that match the sheer volume of wilderness of Maine. Outside of the I-95 corridor, its just trees, lakes, rivers and mountains. I was fortunante enough to live out in Western Maine for a summer and every clear night I enjoyed shooting stars and the Milkey Way.

Best parks for stargazing are Baxter State Park, the Mahoosucs Mountain Range, and of course, Moosehead Lake. But really, just go anywhere west of the I-95 freeway. 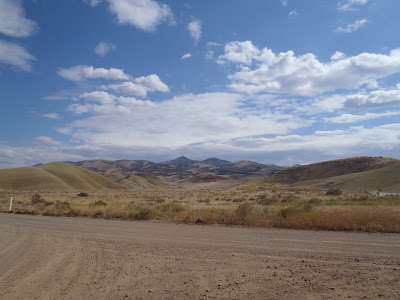 Eastern Oregon Stargazing
Defying the stereotype that Oregon is wet, green and constantly cloudy, everything east of the Cascades is essentially a desert with 300+ days of sun a year. Its another parts of the country that is simply devoid of people. Bend is the only significant city on the eastern side of the Cascades and is a great basecamp for adventures.
There are several places in this side of the state that have wonderful attractions in addition to the stargazing. Close to Bend, you have the famed Smith Rock State Park, Newberry Volcanic National Monument, and my personal favorite John Day Fossil Beds National Monument.
Well, hopefully this puts you on the right track towards seeing some bright night skys in America! This is, of course, a partial list and there are hundreds of other locations which are also worthy of a night-time visit. Don't forget to check the moon cycles before you go!
Read. Plan. Get Out There!

Packlist and Considerations for the John Muir Trail: Part I