o”I wanted a little of that swagger that comes with being able to gaze at afar horizon through eyes of chipped granite and say with a slow, manly sniff, “Yeah, I’ve shit in the woods.” ~Bill Bryson, on why he walked the Appalachian Trail (Source: Amazon) Continuing in the vein of long distance backpacking, I’d...

o"I wanted a little of that swagger that comes with being able to gaze at afar horizon through eyes of chipped granite and say with a slow, manly sniff, “Yeah, I’ve shit in the woods.” ~Bill Bryson, on why he walked the Appalachian Trail

Continuing in the vein of long distance backpacking, I'd like to submit to you some wonderful backpacker reading while on or off the trail. Outdoor and adventure literature has become its own sect within the literary world and has evolved considerably over time. While I'm not an expert on the subject, it is my favorite genre of writing. Bill Bryson's account of his struggles on the Appalachian Trail is one of those rare outdoor books that actually makes you laugh out loud!

Background on the Appalachian Trail

There is a great deal of adventure literature surrounding the Appalachian Trail. For those who are unaware, the Appalachian Trail is a 2,100mi (3,380km) long trail running from the US state of Georgia to the US state of Maine. It follows the Appalachian Mountain Range which is one of the oldest ranges in the world. While there are other long distance hiking trails in the United States, none compares to the prestige, fame, and history of the "AT". Hence, the AT has its own culture and following of both "thru-hikers", "section-hikers" and just plane hikers.

There is an abundance self-absorbed poets, writers and folk singers who think they've "captured the essence" of the Appalacians with their overly-poetic stories and songs of the range, but only Bill Bryson has captured the hilarity and absurdity of backpacking in these mountains. "A Walk in the Woods" is as funny as it is informative. Its basically this- There are two middle-aged men, one's a recovering alcoholic and the other (Bryson) is a starving writer looking for a book idea. The starving writer with no backcountry experience or physical fitness gets the bright idea to hike a 2,100 mile long trail with his good friend, the jobless recovering, alcoholic. What could possibly go wrong? 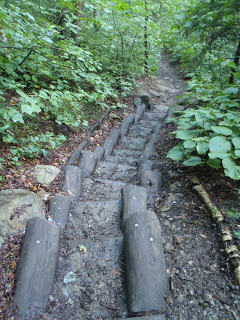 "For two days, Katz barely spoke to me. On the second night, at nine o'clock, an unlikely noise came from his tent- the punctured air click of a beverage can being opened-- and he said in a pugnacious tone, "Do you know what that was, Bryson? Cream Soda. You know what else? I'm drinking it right now, and I'm not giving you any. And you know what else? Its delicious." ..."Man that was so good. Now fuck you and good night" -- A Walk in the Woods, Bill Bryson
As you could tell, Bryson's story is far from the perfect vision of adventurers bravely exploring the unknown, eating only dirt and grass, for months on end. Bryson and his hiking partner Katz, can barely tolerate each other, and meet several other unsavory characters along the way. Katz gets in an altercation with a 400 pound man while trying to win the heart of his 300 pound wife, they both accept rides to town from drunk driving hicks, and find that the AT is full of other unprepared hikers. Another memorable quote from the book about a particularly detestable know-it-all hiker;
"I have long known that it is part of God's plan for me to spend a little time with each of the most stupid people on earth, and Mary Ellen was proof that even in the Appalachian woods I would not be spared. It became evident that she was a rarity." A Walk in the Woods, Bill Bryson 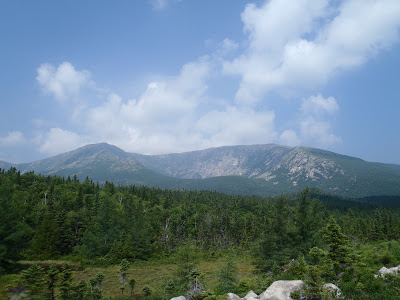 The story is full of slapstick humor as well as some very clever comedy. Bryson is actually quite the versatile writer because he shamelessly writes of his shortcomings as an outdoorsman but also includes a great deal of history and geology of the Appalachian Trail. This sheds new light on the AT; Bryson considers the Smoky Mountains to be too crowded while the Blue Ridge Mountains of Virginia are positively enchanting. Bryson also gives a historical synopsis of Pennsylvania section which passes through the coal-mining capital of the World. Perhaps the most interesting (and sad) is the fate of Centralia, Pennsylvania which has been burning for 45 years due to a coal mine fire.
All in all, Bryson's story is simply an excellent and informative American story. Readers can learn much about the culture of the Appalachian Trail and the states that it passes through. I highly recommend this book to anyone, especially us crazy backpackers!
Read. Plan. Get Out There!

I loved this book! Katz is hilarious.

The sections of the book where Bryson is in the company of Katz are absolutely priceless.

John Muir Trail: Suggestions that Aren't in the Guidebooks